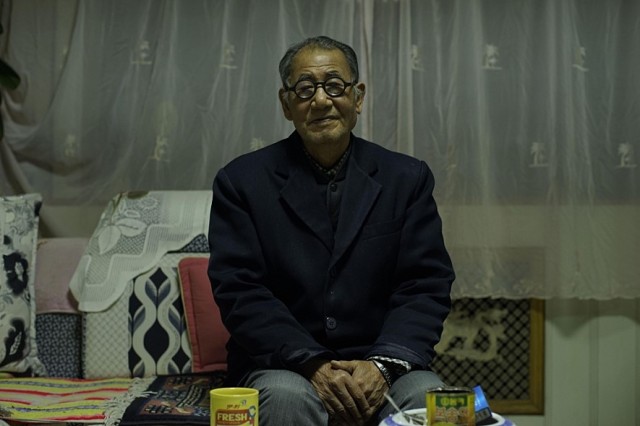 I must confess that I could not help but daunted when I happened to learn about Chinese documentary film “Dead Souls”. They say good films are never too long, but the running time of this monolithic documentary is more than 8 hours, and I was not so sure about whether I could endure it, considering that it simply observes and listens to the survivors of one of the darkest and grimmest moments in the 20th Chinese history.

Most of its human subjects are the survivors of the Jianbiangou and Mingshui re-education camps, which were set up in the Gobi Desert area of Gansu, China in the late 1950s by the Chinese Communist Party. Around that time, the party’s anti-Rightist purge was reaching to its peak, and around one million people were sent to numerous re-educations camps established throughout the country, simply because they were labeled as Rightist for their complaint or criticism against the party, which was strategically allowed for a while by the party right before the purge was commenced.

From the survivors’ long testimonies which are presented one by one in the documentary, we gradually get a big picture of what these people and many others at these re-education camps went through. Their first year was fairly tolerable, and they initially thought they would be officially rehabilitated after several months of hard labor, but then many of them found themselves stuck in these re-education camps more than one year. In addition, as the whole country was struck by famine, they could not receive enough food and supply from the government, and many of them eventually died as seriously weakened by hunger and hopelessness day by day. In the end, among around 2,500 people sent to these re-education camps, only 300 people survived and returned to their homes around the end of 1960.

Many of the survivors interviewed in the documentary have more than one personal story on how they endured and survived, and the camera of director/writer/co-cinematographer Wang Bing and his three other cinematographers calmly and patiently observe and listen to them. While there are some occasional cuts, the survivors’ testimonies are mostly presented in a continuous way, and the documentary lets us reflect more on how they have lived with their dark past for many years – especially whenever they become silent for a while in front of the camera.

There are two brothers who went through each own hard time at one of these re-education camps, and their respective interviews set the tone at the beginning of the documentary. With his wife sitting right next to him, the older brother gives us a long account on how he happened to get labeled as a Rightist and how much he struggled for his survival at the re-education camp, and then we meet the younger one, who is barely able to speak due to his deteriorating health. Not so surprisingly, he died shortly after his interview, and the documentary subsequently shows the long process of his funeral, where his eldest son cannot help but become quite emotional when his deceased father’s coffin is taken into an underground spot.

One of the more memorable interviewees in the documentary is an old guy who cannot help but become bitter and petulant as not so willing to talk about his experiences unlike the other interviewees in the film. Although he repeatedly emphasizes that there is no point in bringing back the past, the camera stubbornly keeps looking at him and his shabby residence, and it even follows after him when he later goes outside. He still does not speak much, and his silence surely speaks volumes to us nonetheless. 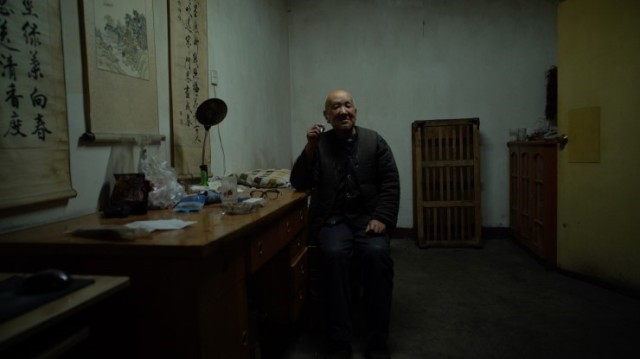 During the later part of the documentary, we meet an elderly man who was a military guard of a re-education camp during that time, and then we are introduced to an old lady whose husband was one of those many dead people at the re-education camps. In case of the former, he phlegmatically recalls what he saw and did as following his duty there, and the documentary later presents a small object which provides to us a little glimpse on that grim period. In case of the latter, she calmly recounts on how much she struggled to help her husband in any possible way while also trying to support their several children, but then she becomes a bit tearful as remembering when she was notified of her husband’s death, which might have been prevented if the party had been a bit more active.

The documentary also visits the area where one of the re-education camps once existed. Although everything is completely gone now in this harsh and barren place, there is a site where hundreds of dead people were casually buried during that time, and we see some of the remnants of those dead people revealed on the ground, which disturbingly and harrowingly imply that horrible past full of condemned souls still in the need of justice and condolence.

As I said before, watching “Dead Souls” is a pretty daunting task to say the least, but this is still a documentary as monumental as Claude Lanzmann’s “Shoah” (1985), another very long documentary film focusing on a massive historical tragedy to be remembered. I surely felt exhausted after watching it from the beginning to the end during one day, but it was quite a memorable experience on the whole nonetheless, and I assure you that you will not be bored at all once you accept what it is about as well as how it is about.