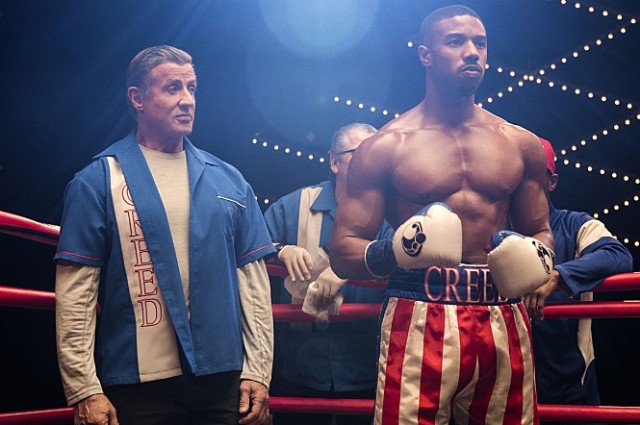 “Creed II” is a safe sequel mostly making predictable moves inside its genre conventions. Although it is understandably less refreshing and surprising compared to what was magnificently achieved in its 2015 predecessor, the movie is still fairly entertaining mainly thanks to the strong presence of its several main cast members, and I enjoyed it enough even while having some reasonable doubt on whatever will follow after this.

The movie opens with the latest boxing match of its hero Adonis Creed (Michael B. Jordan), who is about to play against the current world heavyweight champion. Although he is nervous about whether he will win the match, he gets some support from not only his mentor Robert “Rocky” Balboa (Sylvester Stallone) but also his musician girlfriend Bianca Taylor (Tessa Thompson), and, not so surprisingly, he eventually wins after knocking out his opponent in the ring.

Shortly after this glorious victory of his, Creed proposes to Bianca, and, after her acceptance, they come to think more serious about their future life, but then there comes an unexpected challenger for him. The challenger is a young Russian boxer named Viktor Drago (Florian “Big Nasty” Munteanu), and, what do you know, he is the son of Ivan Drago (Dolph Lundgren), who killed Creed’s father Apollo Creed (Carl Weathers) during their match but was subsequently defeated by Rocky as shown in “Rocky IV” (1985). Still quite bitter and resentful about his downfall resulted from his defeat, Ivan wants to get his revenge via his son whom he has trained for years in Ukraine, and we accordingly get a tense moment when he confronts Rocky at Rocky’s restaurant in Philadelphia.

While Rocky sees no particular necessity in responding to his old opponent, Creed, who has been like another son to Rocky since they met in “Creed” (2015), has a different opinion. Right from when he watches Viktor’s challenge on TV, he feels the need to fight against Viktor, and that need is further boosted by Buddy Marcelle (Russell Hornsby), a slick promoter quite eager to hold a big match between Creed and Viktor. When Creed eventually accepts Viktor’s challenge, he asks Rocky to be his trainer again, but Rocky declines to help him, so Creed goes instead to Tony “Little Duke” Evers (Wood Harris), the son of the trainer who worked with Rocky as well as Creed’s father.

At this point, I bet you have already guessed what will follow next, especially if you watched “Rocky” (1976) and its several sequels. Yes, we are served with an obligatory training montage sequence alternating between Creed and Viktor. Yes, our hero comes to realize his misjudgment as soon as his big match with Viktor begins in the ring, and he surely pays a heavy price for that while Bianca and Rocky watch his consequent physical suffering in horror. Yes, he becomes quite depressed as struggling to recover, and there naturally come several moments of self-reflection. Yes, he comes to find his strength again in the end, and then he prepares for another match as trained by Rocky – and we get another obligatory training montage sequence as expected.

Although frequently trudging especially during its middle act, the screenplay by Juel Taylor and Sylvester Stallone, which is based on the story by Sascha Penn and Cheo Hodari Coker, keeps paying attention to its main characters at least. The scenes between Creed and Bianca are presented with a considerable amount of warm, sweet intimacy, and the movie generates some poignancy as Creed and Bianca try to adjust themselves to parenthood after Bianca’s unexpected pregnancy. Although a subplot involved with Rocky’s reluctance about getting reconnected with his only son is rather clichéd, it is handled with enough care and understanding, and Stallone, who was Oscar-nominated twice for playing his iconic character in “Rocky” and “Creed”, is engaging in his understated performance. 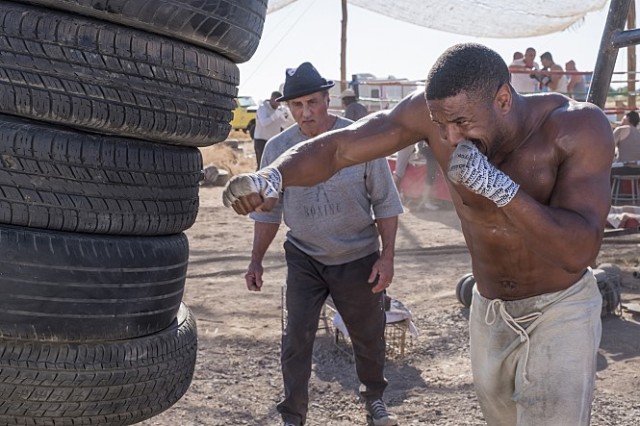 As the center of the movie, Michael B. Jordan, who has rose to more prominence thanks to his collaboration with Ryan Coogler in “Fruitvale Station” (2013), “Creed”, and “Black Panther” (2018), is reliable as usual, and he did a good job of balancing his character well between resilience and vulnerability. Besides looking as believable and committed as demanded during three boxing match sequences in the film, he also has nice chemistry with Tessa Thompson, and Thompson, who has been a new talent to watch since her memorable performance in “Dear White People” (2014), holds her own place well around Jordan and Stallone while having her own moment to shine later in the movie.

Other notable performers in the film fill their broad archetype characters as required. While Russell Hornsby, who has been more notable since his good supporting performance in “Fences” (2016), looks suitably smooth and smarmy, Phylicia Rashad, who plays Creed’s unflappable but caring stepmother, and Wood Harris are also solid in their respective supporting roles, and Dolph Lundgren, who surely has some fun here just like he did when he appeared along with Stallone in “The Expendables” (2010) and its two sequels, and Florian “Big Nasty” Munteanu are an effective counterpart to Stallone and Jordan.

Under the competent direction of Steven Caple Jr., who replaced Coolger after Coogler left for making “Black Panther”, “Creed II” did its job as well as intended, and, considering its big box office success in US in last year, I will not be that surprised if it is followed by another sequel. To be frank with you, I do not expect much, but I will not complain if that movie is as good as “Creed II” at least instead of becoming as pointless as those disposable sequels to “Rocky”.

This entry was posted in Movies and tagged Boxing, Sports. Bookmark the permalink.