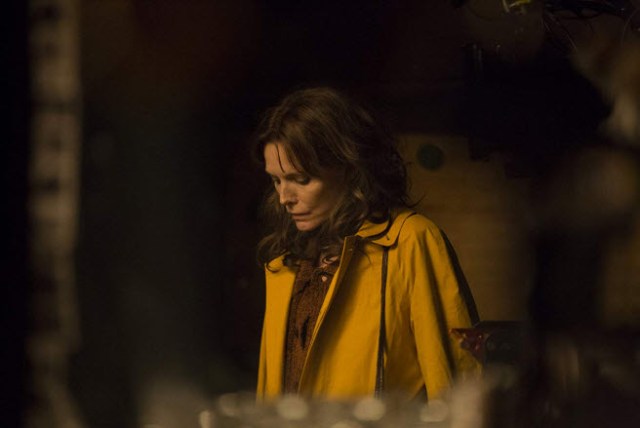 Watching “Where Is Kyra?” is akin to observing a slow, irreversible descent. No matter how much its heroine tries, it is quite clear that she is destined to hit another bottom in one way or another, and the movie is often unsparing as steadily focusing on her despairing human condition. This is not a very pleasant sight to say the least, the movie works as an engaging character study at least, and it is also quite compelling at times thank to the strong acting from its dependable lead performer.

Michelle Pfeiffer plays Kyra Johnson, a middle-aged divorced woman who has lived with her ailing mother for a while in a Brooklyn neighbourhood since she lost her job. During the opening scene, the camera calmly watches Krya washing her mother during one night, and we come to see how much they have been depending on each other. Kyra’s mother is glad to have someone taking care of her, and Kyra feels fine and comfortable in her mother’s small but cozy apartment although she is well aware of that she cannot depend on her mother’s meager pension forever.

She certainly tries to get a job as soon as possible, but things have been quite difficult for her. During one early scene in the film, it initially looks like she will get a small office job, but she unintentionally gives a bad impression to her potential employer, who says he will think over whether he will hire her but does not call her later. She keeps trying, but she fails again and again, and we sense more despair and frustration accumulated behind her hardened façade.

And then her mother dies on one day. The funeral is soon held, and we observe how much Kyra is lonely and helpless as being without her mother. Except her ex-husband and the maintenance man of the apartment building, nobody comes to her for showing condolence, and then she soon comes to face a serious financial matter. While she has to pay for the funeral, she also has to pay the rent, but she still remains unemployed as before, and she may be evicted from her apartment because of that.

She eventually comes to lower her standard a bit, but the circumstance does not change much for her. She manages to get a meager part-time job, but she does not get hired and then paid everyday. At one point later in the story, she attempts to get hired as a waitress in a shabby restaurant, and it seems she actually has a chance this time, but, alas, some other girl is hired instead of her in the end.

As Kyra sells furnitures and some other things for the money she needs, her apartment becomes more barren than before. She cuts off the heating of her apartment because she cannot simply afford it, and the resulting bleak mood further accentuates her desperate situation. What was once an insulating place for Krya and her mother now feels like a stark pit of despair and hopelessness, and the cinematographer Bradford Young, who was recently Oscar-nominated for “Arrival” (2016), did a fabulous job of establishing the gloomy sense of isolation and desperation on the screen via dim lights and dark shadows.

At least, she gets some consolation from Doug (Kiefer Sutherland), a nice guy whom she encounters at a local bar during one night. As they spend more time together, they come to sense something mutual developed between them, and Kyra feels a little better as later finding herself on his bed. However, while less desperate than her in comparison, Doug also struggles to maintain his life everyday, and there is nothing much he can do for her when she happens to get the eviction notice from her landlord. 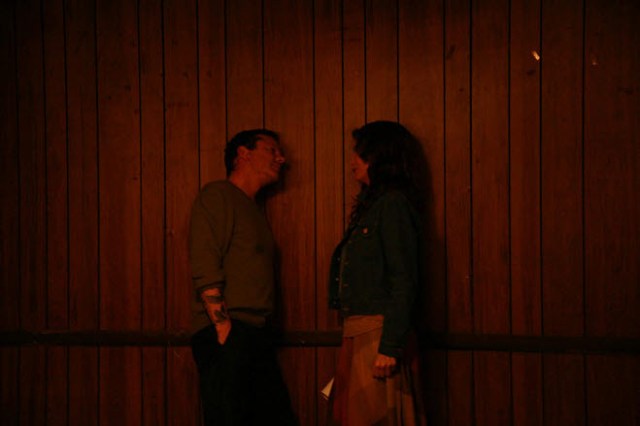 In the meantime, the movie slowly reveals what Kyra has been doing behind her back in the name of survival. I will not go into details on that here, but I can tell you instead that Pfeiffer is fabulous in her nuanced low-key acting which is surely one of the best works in her career. Although she has been less notable during recent years, Pfeiffer, who made a big impression on me when I happened to watch “Batman Returns” (1992) along with my younger brother during one summer day of 1992, demonstrates here that she is still an actress of considerable talent and presence as before, and the movie is often devastating as she wordlessly expresses her character’s thoughts and feelings in front of the camera.

Around Pfeiffer, the supporting performers in the movie acquit themselves well in their respective roles. While Kiefer Sutherland, who is far less intense compared to his acclaimed performance in TV drama series “24”, gives a solid performance as a guy who sincerely wants to try to help a woman he loves, Suzanne Shepherd is convincing in her scenes with Pfeiffer, and Babs Olusanmokun holds his own small place as the maintenance man of the apartment building.

“Where Is Kyra?” is the third feature film of director/co-writer Andrew Donsumu, who previously directed “Restless City” (2011) and “Mother of George” (2013). Although I have not seen these two previous works of his yet, “Where is Kyra?” shows me that Donsumu is a talented filmmaker, and I admire what he and Pfeiffer achieve in this small but interesting character drama. As I told you before, it is not exactly entertaining, but it is worthwhile to watch thanks to the considerable skills and efforts put into the film, and you will not forget it easily once you watch it.

This entry was posted in Movies and tagged Mother and daughter, Unemployment. Bookmark the permalink.