While often quite stark in its gloomy tone, “Wind River” is a compelling procedural which gradually grabs our attention via its vivid atmosphere and deft storytelling. As it slowly builds up its story and characters, we become absorbed into its harsh, violent world where everyday is a struggle for survival, and there are several haunting moments which will linger on you for a long time after it is over.

After the chilly opening scene unfolded across a wide snowy field in the middle of one cold winter night, the movie introduces us to Cory Lambert (Jeremy Renner), a tracker working for the US Fish and Wildlife Service around the Wind River Indian Reservation in Wyoming. When we see him for the first time, he is protecting a herd of goats in one local farm from a few wolves, and we observe how efficient he is as a professional while he shoots some of those wolves one by one.

On one day, Lambert happens to discover a frozen corpse while doing another tracking job near the farm belonging to his native ex-wife’s father. It is the body of the girl who was shown to us during the opening scene, and he knows who that girl is. Her name is Natalie (Kelsey Chow), and she was a close friend of his dead daughter, who died several years ago under a circumstance still remaining to be unclarified.

Because Natalie’s body is found within the reservation area, the case is going to be investigated by the local police of the reservation area, but FBI sends an agent to the area for confirming whether the case is serious enough for investigation. The agent in question is Jane Banner (Elizabeth Olsen), and the movie gives us some amusement as she hurriedly comes from Las Vegas without enough preparation. Due to a sudden blizzard, she nearly loses her way even though her car is quite close to where Lambert and others are waiting for her, and then she has to borrow several winter gears for going to the crime scene along with others. 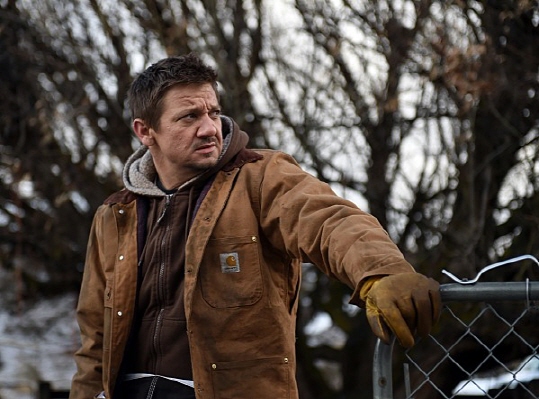 Nevertheless, she knows not only what she should do but also what she needs for doing that. After seeing how Lambert clearly deduces what possibly happened from the trail around the crime scene, she instantly enlists him for her investigation, and he is willing to help her as a guy who knows well the area as well as its people. Still haunted by his daughter’s death, he wants a chance of redemption from this case, and that aspect is clearly shown from when he talks with Natalie’s grieving father in private.

The movie takes its time as immersing us into its moody wintry background, and we come to get accustomed to its bleak sense of life around Lambert and other characters living in and around the reservation area. Their life is full of despair and ennui without much hope, and that is particularly exemplified well by a bitter conversation scene between Lambert and a young native guy, who was once promising in the past but went down into the pit of addiction probably because of his frustration with racism.

And we get to know more about Lambert as he works more with Banner. As discerning that they must depend on each other for solving the case, Lambert and Banner come to respect each other as equal partners, and the movie wisely does not go for any possibility of romance between them – even when Lambert confides to Banner about that tragic night which changed his life forever. 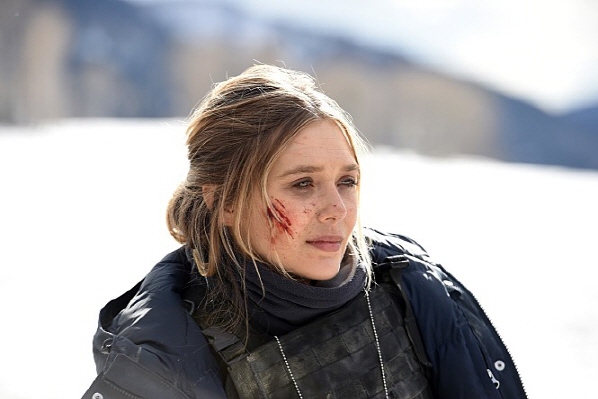 The mystery surrounding Natalie’s death turns out to be rather simple, but director/writer Taylor Sheridan, who wrote the screenplay for “Sicario” (2015) and was recently Oscar-nominated for his screenplay for “Hell or High Water” (2016), steadily increases narrative momentum as his main characters delve deeper into their case. As the movie approaches to its expected finale, we are already quite involved in what is in stake for them, and that is why a sudden narrative turn around that point works.

The movie is supported well by a bunch of good performers. Since his electrifying Oscar-nominated performance in “The Hurt Locker” (2008), Jeremy Renner has impressed us with a number of notable performances which are more interesting than his obligatory acting in the Marvel Cinematic Universe movies, and he gives another excellent performance here in this film. Elizabeth Olsen, who drew my attention via her breakthrough performance in “Martha Marcy May Marlene” (2011), is equally fine as demonstrating well her considerable acting talent, and I enjoyed a good professional chemistry between her and her co-star. In case of supporting performers, Graham Greene, whom you may remember for his Oscar-nominated supporting turn in “Dance with the Wolves” (1990), is wonderful as the no-nonsense sheriff of the reservation area, and Gil Birmingham, who was one of crucial supporting characters in “Hell or High Water”, is poignant when his character reveals the deep grief behind his stoic façade.

“Wind River”, which received the Director award in the Un Certain Regard section at the Cannes Film Festival early in this year, is the second feature film directed by Sheridan, and what is achieved here shows that he is a competent filmmaker to watch. While I was entertained by a number of well-written scenes in the film, I was impressed a lot by its mood and performance, and I came to observe its world with considerable interest. That is what a good movie can do, you know.

This entry was posted in Movies and tagged Murder, Mystery. Bookmark the permalink.