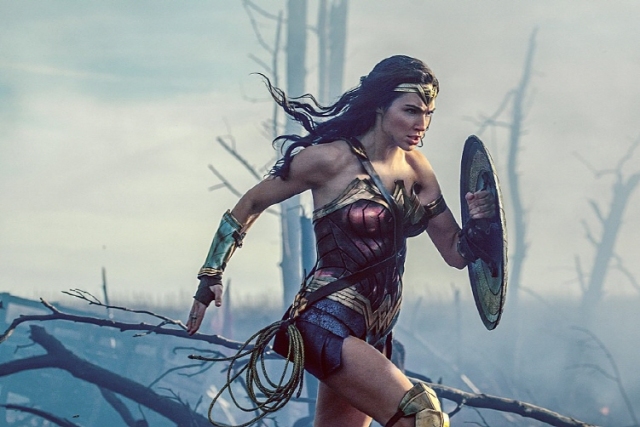 Besides being more exciting and exhilarating than expected, “Wonder Woman” finally gives what its genre has desperately needed during recent years: strong, independent female superhero character. While this is another quintessential origin story, the movie is refreshing mainly thanks to its recognizable feministic touches, and it is also boosted by a number of galvanizing action sequences to enjoy. In short, this is an enthralling piece of entertainment a lot better than the tepid glumness of “Batman v Superman: Dawn of Justice” (2016).

The early part of the movie tells us how Diana Prince/Wonder Woman (Gal Gadot) grew up as the princess of a remote hidden island called Themyscira, and we get to know a bit about her immortal female tribe living in that island. Since the ancient battle between Zeus and Ares ended with the former’s costly victory a long time ago, Amazons have trained themselves as mighty warriors for several thousand years because they must be always ready for the return of Ares, and we see how much young Diana wants to grow up to be a warrior just like her mother Queen Hippolyta (Connie Nielsen) and other Amazons. While her aunt Antiope (Robin Wright) is willing to teach young Diana, Hippolyta, who got her dear daughter via a non-reproductive way as explained during one scene, is reluctant in contrast like any caring mother would, but then she eventually accepts that nothing can stop Diana and her destiny.

Around the time Diana begins to be aware of something which distinguishes herself from other Amazons, there comes an unexpected moment of invasion. A World War I fighter plane crashes into the sea around the island, and Themyscira is soon invaded by a bunch of German soldiers, who are pursuing the pilot of the fighter plane in question. He is an American pilot named Steven Trevor (Chris Pine), and it is revealed that he is with a piece of top secret information which can seriously affect the course of the ongoing war. It is 1918 and Germany is losing the war, but an ambitious German general is secretly planning to unleash a new chemical weapon on the front line, and Trevor must notify this imminent danger to his superiors in London as soon as possible. 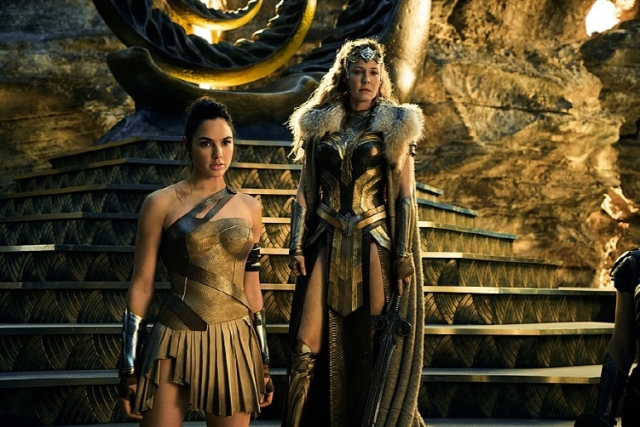 After hearing about the war from Trevor, Diana comes to believe that her time to go outside the island for confronting Ares has come. Despite her mother’s objection, she prepares herself with a number of weapons including the Lasso of Truth and the bracelets of infinite resilience, and she soon sails away from Themyscira along with Trevor.

When she and Trevor finally arrive in London, she is amazed and intrigued by many things in the human world, and the movie has lots of fun with how Diana’s irrepressible naïveté and forthright attitude often clash with the British society in the 1910s. There is a humorous scene where she tries many different outfits as assisted by Trevor’s good-humored secretary Etta Candy (Lucy Davis), and then we get a sly moment when she comes into a conference room full of men and accordingly draws the attention of everyone in the room including Sir Patrick Morgan (David Thewlis).

Through Sir Morgan’s unofficial support, Trevor and Diana go to the front line as she has wanted, and they are accompanied with three other guys: Sameer (Saïd Taghmaoui), Charlie (Ewen Bremner), and Chief (Eugene Brave Rock). While each of these guys is your average stock war movie character, they are depicted with each own colorful personality, and they also may remind you of those old war movies such as “The Dirty Dozen” (1967).

As Diana and her male comrades arrive at the front line in Belgium, the movie shifts itself into a grittier mode, and the director Patti Jenkins, who previously directed “Monster” (2003), surprises us with her deft handling of action sequences. I like how one certain action sequence unexpectedly starts and then goes all the way along with our unstoppable heroine, and I particularly appreciate how the movie never loses its sense of direction and physicality while swiftly moving from one action moment to another during this superlative sequence. Although the climax sequence during its third act is a little too bombastic for me as decorated with lots of CGIs, it thankfully remains driven by story and characters, and we accordingly come to care about the outcome even though we know well how it will end. 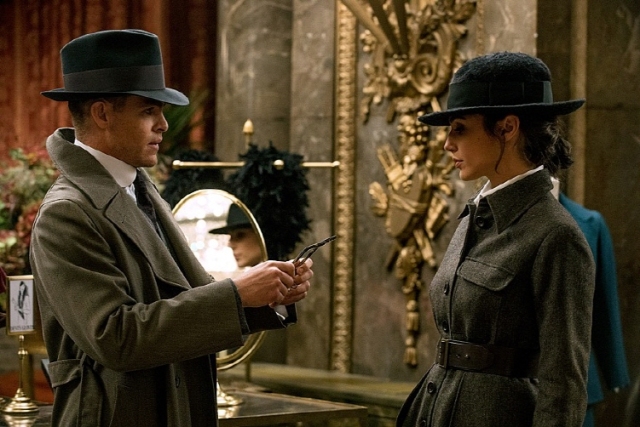 While she already showed her considerable potential in “Batman v Superman: Dawn of Justice”, this is the first time we see Gal Gadot on a full-fledged mode, and she does not disappoint us at all as giving a sincere performance packed with grace, bravery, innocence, confidence, compassion and a little sense of fun and humor. While I did not get much fun from Superman and Batman in their recent films by Zach Snyder (the screenplay of “Wonder Woman”, written by Allan Heinberg, is based on the story he wrote with Heinberg and Jason Fuchs, by the way), I was constantly amused thanks to the joy of performance palpably felt from Gadot’s acting, and the movie surely leaps high along with her whenever that is required.

The supporting performers in the film dutifully help Galdot leap higher. Balancing his performance well between jaded no-nonsense attitude and earnest idealism, Chris Pine clicks well with Gadot during their several key scenes, and Saïd Taghmaoui, Ewen Bremner, Eugene Brave Rock, David Thewlis, and Danny Huston fill their respective spots as much as demanded. While Lucy Davis and Elena Anaya have their own small juicy moments, Robin Wright and Connie Nielsen look commanding right from their first appearance, and Nielsen is especially poignant during her bittersweet scene with Gadot.

Like “Captain America: The First Avenger” (2011), “Wonder Woman” is sincere and compassionate while also being fun and entertaining, and I enjoyed some of its striking visual moments as touched by the occasional poignancy observed from Wonder Woman and some other characters around her. The movie does sometimes feel like another summer blockbuster product of this year due to several weak points including its obligatory connection with “Batman v Superman: Dawn of Justice” and “Justice League” (2017), but nobody will say that it does not have a big heart, and I am willing to wait for Wonder Woman’s next adventure. 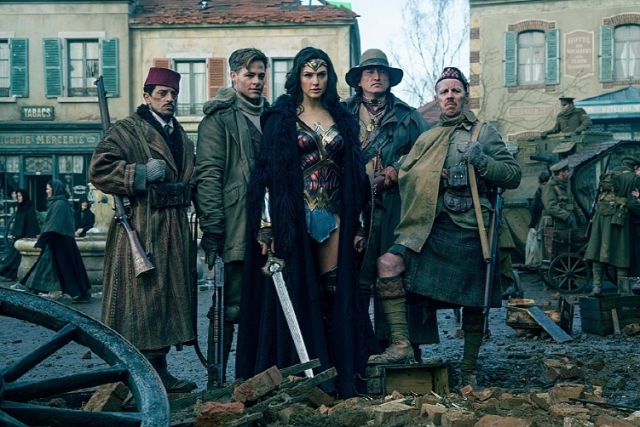 This entry was posted in Movies and tagged action, Fantasy, Superhero, War. Bookmark the permalink.