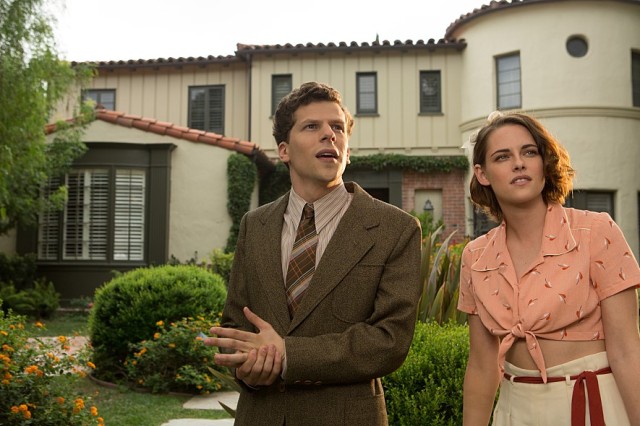 As I was watching Woody Allen’s new movie “Café Society” during this Friday evening, I was reminded again of how many of Allen’s recent films have been less anxious compared to his earlier movies. While his characters struggle with their tricky matters of heart as usual, his storytelling has taken a more relaxed attitude in comparison, and that notable trend change is exemplified well in “Café Society”. Besides having a lively fun with its gorgeous backgrounds evoking good old classic Hollywood movies, the movie leisurely observes the fleeting romance between its two main characters from the beginning to the end, and it is poignant at times as calmly and softly arriving at the bittersweet acceptance of things which will never be regained.

Along with Allen’s deadpan narration, the first half of the movie takes us into the Golden Age of Hollywood during the late 1930s. Bobby Dorfman (Jessie Eisenberg) is a young man eager to get into movie business, and he luckily has someone who can really help him when he flies from New York City. His uncle Phil (Steve Carell) is the boss of an influential Hollywood agency who has numerous connections around Hollywood, and, after some delay, he comes to give his meek nephew a chance although he is not particularly interested in promoting his nephew’s career. Carell, who replaced Bruce Willis during the production, is suitably dapper and intense in comical ways, and I was tickled by his precise comic timing during the scene in which his character alternatively handles two different businesses at a cloakroom.

While busily operating around the upper echelon of Hollywood, Bobby meets Veronica “Vonnie” Sybil (Kristen Stewart), a young secretary working for Phil. As they are mutually attracted to each other, Bobby begins to consider the possibility of his life with Vonnie, but, alas, it turns out that she is already in the relationship with someone else. Although she likes Bobby, Vonnie cannot easily walk away from her current relationship, and their situation becomes more complicated when she has to make a very important decision for her life. While Jessie Eisenberg is a good Woody Allen surrogate as he demonstrated in “To Rome with Love” (2012), Kristen Stewart, who previously performed along with Eisenberg in “Adventureland” (2009), is brimming with unadorned charm in her amiable performance, and their gentle chemistry on the screen carries a number of lovely scenes such as when Bobby and Vonnie walk around the Beverly Hills neighborhood strewn with the residences of many Hollywood stars. 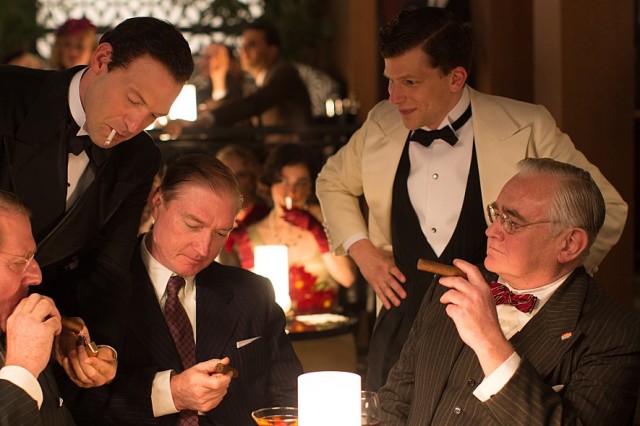 Around the second half, the movie shifts its focus from Hollywood to New York as Bobby eventually goes back to his hometown alone and then works for his gangster brother Ben (Corey Stoll), who has gained his notoriety as steadily and ruthlessly rising in his criminal business. Although his character is usually around the fringe of the story, Stoll always draws our attention with his droll, straightforward performance, and he serves us small dark laughs whenever the movie shows how Ben deals with his business problems.

Like his other family members, Bobby does not have much problem with how Ben earns his money, and he becomes the manager of a Manhattan night club recently acquired by his brother. Under his management, the club is quickly turned into one of the most popular spots among the rich socialites of the city, and every night at the club is filled with various figures known well around the city for their fame – or their infamy, shall we say. (The title of the movie is an old term which was used to describe high society people who usually enjoyed their gala night hours together at high profile cafés and restaurants).

Everything seems to be working out well for Bobby especially after his eventual marriage with a girl who instantly becomes the new love in his life during their accidental encounter, but then the past comes back to him when he happens to come across Vonnie again. Although they are well aware of how much they have been changed in their respective lives, there are still old feelings remained inside them, and their past romantic memory is awakened as they come to spend more time together in New York. 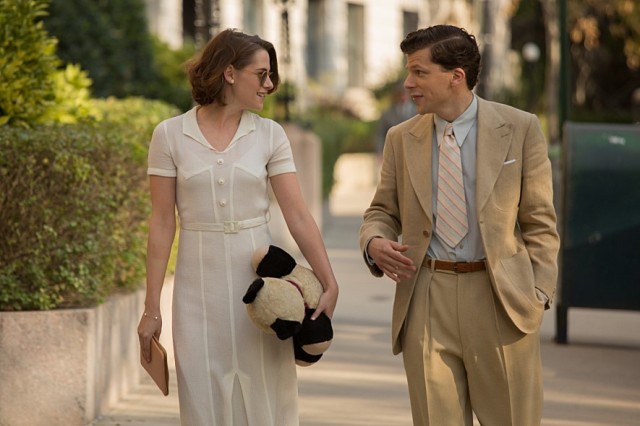 As his screenplay lightly treads along with them, Allen and his cinematographer Vittorio Storaro delight us with a series of splendid visual moments. While technical details have not been exactly strong features in Allen’s works, Allen tries a more visual approach here than usual in his first trial with digital camera, and this notable change contributes considerable smooth liveliness to his film. The camera fluidly looks around Bobby and other characters during many of the club scenes in the movie, and we gladly observe their fun and excitement. The scenes between Bobby and Vonnie in Hollywood look intimate under the warm, sunny nostalgic mood we can expect from the romanticized version of Hollywood during the 1930s, and the equivalent scenes in New York are also filled with their own romantic atmosphere, which is presented best during a wistful moment tenderly unfolded at Central Park during early morning.

Although some of its elements do not work as well as intended (the parts involved with Bobby’s family members often look as if they belonged to a different movie), “Café Society” is still entertaining to watch. Its production design and costumes are classy to say the least, and I enjoyed the good supporting performers including Blake Lively, Parker Posey, Paul Schneider, Sheryl Lee, and Anna Camp, who only appears in one scene but is unforgettable none the less as an inexperienced prostitute as clumsy and confused as Bobby.

Around its finale, the movie has one of its minor characters quote Socrates along with his own comment on the quote: “Socrates said, “The unexamined life is not worth living.” But the examined one is no bargain.” As its two main characters look back on what they had and then lost, they feel a whiff of bliss as remembering that good time, but they are also reminded that life is a costly one-way road for everyone – and it goes on anyway regardless of whether they like it or not. 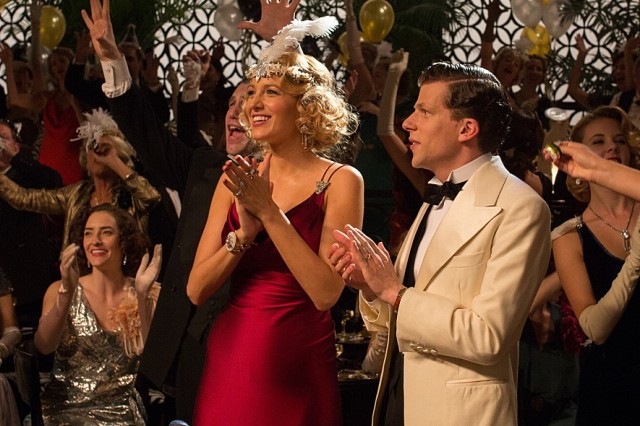 This entry was posted in Movies and tagged Comedy, Romance. Bookmark the permalink.