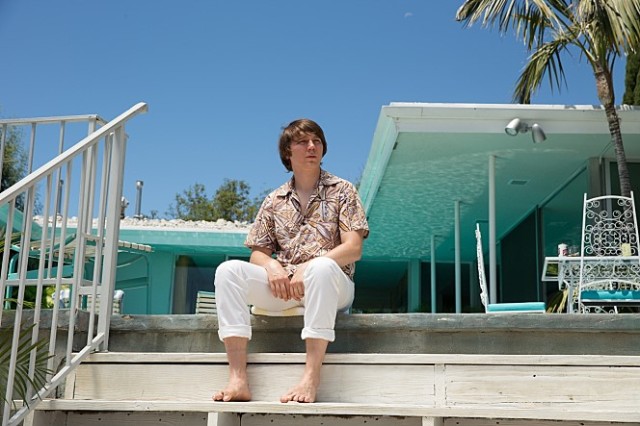 Brian Wilson has lived an interesting life which is sometimes too dramatic to be believed. After ascending to the top with his legendary band at young age, he tried to move forward with his new ideas, but then he slowly descended to the bottom as suffering from his mental illness and other negative factors in his bumpy life. Fortunately, he came to rise from his lowest point to enter the new chapter of his life and career in the end, and he has lived long enough to see his works becoming more influential over many years.

“Love & Mercy” revolves around two different time periods in his life. While one storyline begins around the 1960s when young Wilson and his fellow members of The Beach Boys attained their wide popularity through their hit songs such as “Surfin’ Safari”, the other storyline starts around the 1980s when older Wilson led a reclusive life after managing to recover a bit from his messy time during the 1970s.

Played by Paul Dano, Wilson during the 1960s comes to us as a shy, nervous lad who is more comfortable with writing his songs than performing them at concerts. After a sudden panic attack he suffers during their recent concert tour, he decides to focus more on composition, and then he begins to believe that he and his colleagues must take a new direction for their future. Although his opinion is not welcomed much by his colleagues or his uncaring father Murry (Bill Camp) who was once their manager, Wilson really wants to push his ideas anyway, and we soon see him being ready for his musical experiment at a recording studio.

Mainly shot through handheld camera, the recording studio scenes in the film feel authentic with the grainy texture of 16mm film, and it is interesting to watch the recreation of the production process of the Beach Boys’ 1966 album “Pet Sounds”. Closely collaborating with a group of veteran session musicians, Wilson keeps trying different things, and he never hesitates to incorporate more new elements into his arrangement if that just feels right to him. He often looks too fastidious, but the session musicians have no problem with going along with his perfectionism probably because they can see Wilson’s immense talent glinting from his eyes. When he finally gets his music played and recorded exactly he wants, it indeed sounds like something really good, and “Pet Sounds” has been regarded as one of the landmarks not only in Wilson’s career but also in the American pop music history.

While enjoying the success from what would be the second phase of his career, Wilson becomes increasingly unstable and eccentric as time goes by. He starts hearing voices inside his head, and his exposure to alcohol and other substances only worsens his mental state. Wilson during the 1980s, played by John Cusack, mostly looks fine when we see him for the first time, but it is apparent that he is not fully recovered yet from his mental problem as we watch him mainly through the viewpoint of Melinda Ledbetter (Elizabeth Banks), a car dealer who comes across him by coincidence on one day.

As getting to know more about him, Ledbetter sees that Wilson is desperately in the need of help, but she is also disturbed by how much he has been manipulated and exploited by his therapist Dr. Eugene Landy (Paul Giamatti). Landy, who has been a Svengali-like figure to his only patient for years, is not going to allow her to interfere with his lucrative business based on Wilson’s money and talent, and it is possible that Wilson cannot escape from Landy’s abusive control even though he sees a chance through a good woman kindly approaching to him.

Constantly going back and forth between these two storylines, the screenplay by Michael Alan Lerner and Oren Moverman gives us some insights on Wilson’s troubled artistic mind, and its seemingly scattershot narrative gradually gains the focus as the two storylines smoothly cross over each other under the competent direction of the director Bill Pohlad, who participated in the production of several notable Oscar-nominated films including “Brokeback Mountain” (2005), “The Tree of Life” (2011), and “12 Years a Slave” (2013). The period background for each storyline is recreated well on the screen along with distinctive mood, and many recognizable songs written by Wilson, including the very song which inspired the title of the movie, are effectively used on the soundtrack.

It is initially odd to see two different actors playing the same character in one movie, but this method works here better than expected. Like the multiple versions of Bob Dylan played by various actors in Todd Haynes’ “I’m Not There” (2007), young Wilson and old Wilson in “Love & Mercy” are simply two different versions of the same man, and Paul Dano and John Cusack are seamlessly connected with each other in their performances. While Dano, who resembles Wilson more than Cusack, naturally takes the stage as Wilson goes through ups and downs in his eventual descent, Cusack holds the ground with his understated acting, and he effortlessly conveys us his character’s damaged state through fine subtle touches. 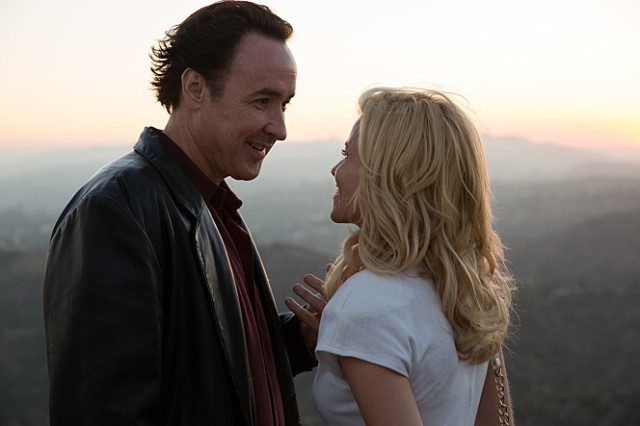 Although most of the supporting characters in the film are rather underdeveloped, Elizabeth Banks brings lots of warmth and spirit into her character, and she and Cusack have a number of tender scenes as Wilson and Ledbetter get closer to each other in spite of Landy’s interference. Although he looks a little too awkward with his hairpiece, Paul Giamatti is suitably slimy and despicable in his role; some of you may think his character is too exaggerated, but I heard that Landy was as horrible as how he is depicted in the film, and Wilson later said that he was actually terrified by Giamatti’s performance in the film (Landy died in 2006, by the way).

While basically being a typical biopic film about artist’s agony and ecstasy, “Love & Mercy” is a good one handled well with skills and performances to appreciate, and it also feels sincere and intimate in its unadorned storytelling. It does take familiar dramatic routes, but it also takes chances with many things in the process, and it even makes an indirect homage to “2001: A Space Odyssey” (1968) during one hallucinogenic sequence around the ending. It may be pretty weird, but it somehow works as an emotional climax amid its disorienting shots, and then you will be touched by Wilson’s concert clip shown during the end credit of the film. It is probably a cliché to say that he is saved by love and mercy, but that is really true in his case. 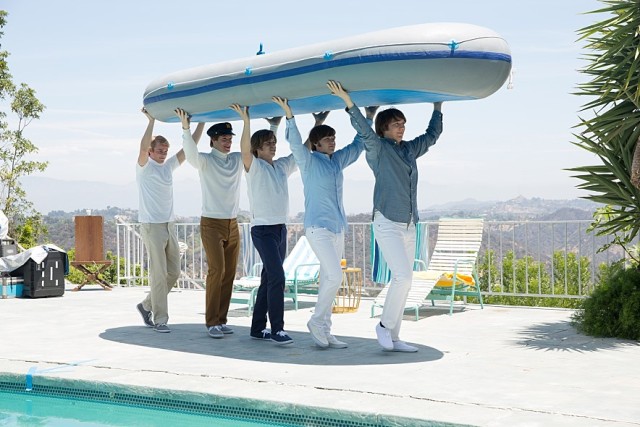