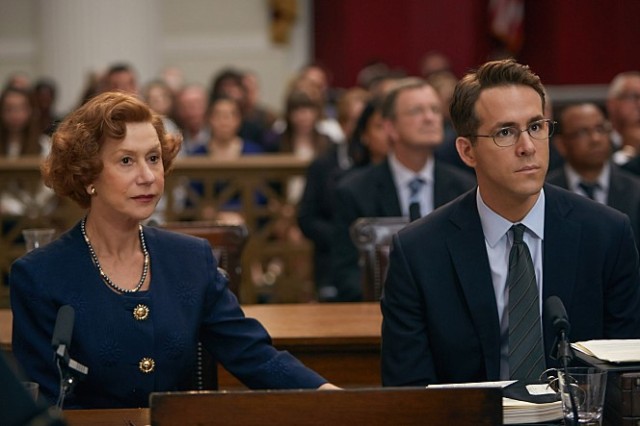 “Woman in Gold” tells us a story behind one of the most famous artworks from the 20th century. Painted by Gustav Klimt, “Portrait of Adele Bloch-Bauer I”, which is also known as “Woman in Gold”, was one of the most valuable paintings owned by the Austrian State Gallery, but this treasured painting and other notable artworks in the gallery were actually pillaged from their original owners by the Nazi Germany around the World War II, and the movie presents that dark, shameful past through an old woman with painful family history and a lawyer who comes to be passionate about his client’s case.

When we meet E. Randol “Randy” Shoenberg (Ryan Reynolds), this young Californian lawyer is almost near the bottom of his career after his recent failure with private practice. He manages to get employed at a respectable law firm in LA, but he and his family are still struggling under their difficult economic situation, and he is not very willing to look into a legal matter of his mother’s old friend.

She is Maria Altmann (Helen Mirren), and this old Austrian lady is interested in recovering several artworks which originally belonged to her family. During the 1930s, Maria and her recently diseased sister were the daughters of a very wealthy Jewish family living in Vienna, and her family was a well-known patron of many prominent artists including Gustav Klimt, Richard Strauss, and Arnold Schoenberg, who was, yes, Randy’s grandfather. Her family naturally owned many valuable artworks during that time, but they were all pillaged by the Nazi Germany after the annexation of Austria in 1938, while Maria and a few lucky family members of hers managed to escape from their homeland.

According to a letter Maria found from her sister’s belongings, her sister made an attempt to recover their artworks during the late 1940s. One of them is “Woman in Gold”, and this iconic painting, which is a portrait of Maria’s beloved aunt, has been regarded as the Mona Lisa of Austria since it was taken to the Austrian State Gallery along with Klimt’s other works owned by Maria’s family. It seems impossible to win a lawsuit against the Austrian Government, but Randy eventually decides to work on the case even though restitution law is not his expertise. 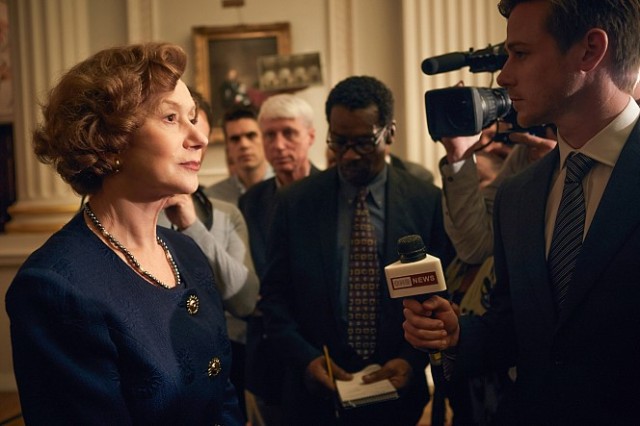 As soon as they arrive in Vienna for making a claim to the art restitution board, Maria and Randy find themselves impeded by Austrian authorities from the very start. Besides Maria, many other people come to the board and tell sad stories about how their precious family treasures were looted or pillaged during that dark period, but it is apparent that the art restitution board is just a superficial gesture for making peace with the past – and the Austrian government certainly has no intention of giving those valuable artworks back to their original owners.

Fortunately, Maria and Randy are helped by local journalist Hubertus Czernin (Daniel Brühl), and they eventually find several documents good enough to be the basis of their lawsuit. Becoming more passionate about his case, Randy decides to take a big risky step which will surely affect not only his career but also his family, and that is just the beginning of a long, difficult legal process he and Maria will have to endure.

And we get the occasional flashback scenes showing Maria’s family life in the past. She and her sister happily grew up in their affluent household while loved much by their parents as well as their uncle and aunt, who were pretty much like another parents to Maria and her sister. Not long after Maria married her husband Fritz (Max Irons, who is the son of Jeremy Iron) in 1938, the life she and her family knew was completely shattered as the Nazi German soldiers marched into the streets of Vienna, and there came a sad moment when Maria had to make a difficult choice for running away from the imminent danger which would ultimately kill many people she had known. 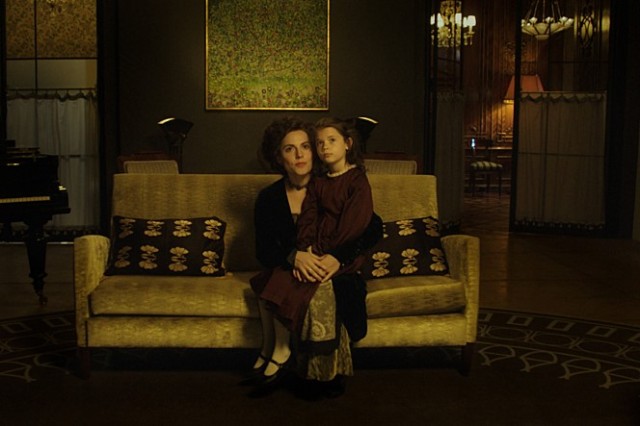 With a solid performance by Tatiana Maslany and its good period atmosphere, this part mostly works well, but it also makes the other part in the movie look weaker in comparison. The relationship between Maria and Randy goes through several predictable dramatic turns as they are respectively frustrated with their long legal battle against the Austrian Government and its smug officials, and Alexi Kaye Campbell’s screenplay feels dragged especially during its second half as their lawsuit slowly trudges through a number of different places including the Supreme Court of the United States, which turns out to be not their last battleground, by the way.

Helen Mirren and Ryan Reynolds do what they can do with their respective characters. Mirren is dependable as usual, and she imbues her character with dignity and personality as much as we can expect from one of the great actresses in our time. While his character is relatively bland, Reynolds acquits himself well in the film, but I must point out that he was more interesting in “The Voices” (2014). Most of the supporting performers in the film do not have many things to do except filling their roles; notable actors like Charles Dance, Jonathan Pryce, and Elizabeth McGovern briefly appear in small roles, and Katie Holmes, who plays Randy’s concerned wife, is virtually wasted in her thankless role.

The director Simon Curtis previously directed “My Week with Marilyn” (2011), which was also inspired by a real-life story. Compared to that charming film, “Woman in Gold” is less engaging due to uneven narrative pace and flat characterization. It goes without saying that it is sincere and respectful in its attitude, but there should be more than that for interesting us, and the movie does not have much in case of that. 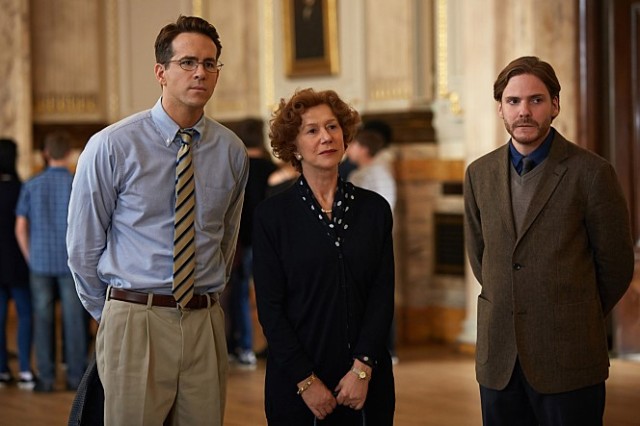