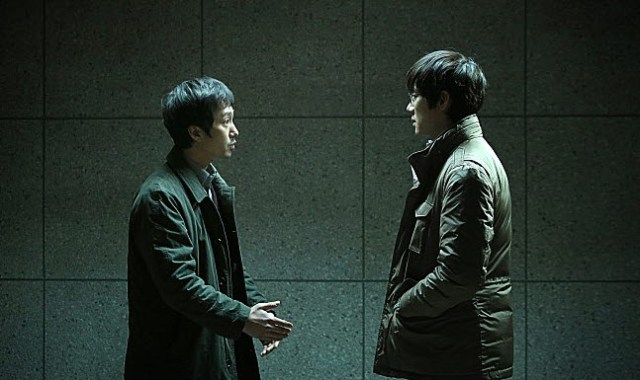 South Korean film “Whistle Blower” gave me and other audiences an odd experience to talk about. Although it emphasizes that its story is entirely fictional, I and others knew too well that it was inspired by a big academic scandal which shook the whole nation a few years ago. Many things including its characters are fictional indeed, but we could not help but think of that real-life incident still vividly remembered by us.

Around 2005, Dr. Hwang Woo-suk of South Korea published two research articles in the academic journal Science, and he quickly drew lots of attention from many scientists all over the world after the publication of his articles. He claimed that he succeeded in cloning embryonic stem cells for the first time, and that certainly catapulted him into the top position of his field while many South Korean people became very proud of his research achievement.

However, his ‘achievement’ got quickly crumbled when it was scrutinized by others including my long-suffering adviser professor and other biology professors of KAIST later in that year. Despite many accusations and protests from Dr. Hwang’s unquestioning supporters, it became more apparent that there were really serious fabrications in his stem cell data, and Science eventually withdrew Dr. Hwang’s articles as it was confirmed that Dr. Hwang was guilty of fabrication and other ethical misconducts in his increasingly questionable research.

The story of the movie mainly revolves around Yoon Min-cheol(Park Hae-il), the producer of a local TV report program not so far from “60 Minutes”. While looking for any good news material as usual, he comes upon a possible scoop on the illegal ovum purchase behind a famous infertility clinic in Seoul, but then he learns that the clinic is closely involved with Dr. Lee Jang-hwan(Lee Kyeong-yong), who is the fictional counterpart of Dr. Hwang in the film.

Because of Dr. Lee’s increasing fame and influence, Min-cheol and his colleagues clearly see that they must be very careful about their investigation as much as they can. Dr. Lee has already become a big national hero boasted and supported by South Korean people and media, and we see Dr. Lee going through several important public events as a prominent public figure. He gives a nice motivation speech for many young hopeful students during one scene, and then we watch him emphasizing to government officials on how much his stem cell cloning research can go further to help those hopeless patients who cannot possibly be happier to hear what he promises to them.

While being aware of the possible big risk, Min-cheol decides to go for whatever truth he may find at the end of his investigation, but, as you already know, the truth is far more shocking than he expected. Not long after he approaches to a young researcher who once worked directly under Dr. Lee but resigned from his position right before the publication of Dr. Lee’s article, Min-cheol comes to learn from him that there was no cloned stem cell from the beginning. Although there is no evidence to prove that, Min-ho(Yoo Yeon-seok) sincerely swears to Min-cheol that he is telling the truth, and Min-cheol comes to believe him despite his initial disbelief on this unbelievable revelation.

He and I-seul(Song Ha-yoon), a plucky rookie reporter who happens to work under him, dig more deeply. As they learn more about the lies behind Dr. Lee’s glorious media image, they feel more risk in their secret investigation. When he hears about what they are doing, Dr. Lee pulls some strings to be protected, and Min-cheol and others around him soon find themselves cornered into a very difficult circumstance. Many people become very angry just because they dare to have a doubt about Dr. Lee, and I can assure you that what is depicted in the film is not an exaggerated mass hysteria; lots of South Korean people were really furious about what MBC, the real-life counterpart of the TV broadcasting company in the film, was going to broadcast at that time, and MBC had to endure lots of backlash until the situation became more favorable enough to fully expose Dr. Hwang’s fraud on TV.

Because a number of notable similarities, “Whistle Blower” will certainly remind you of Michael Mann’s “The Insider”(1999), another movie inspired by a real-life story about people struggling to get the truth known in public. While it is not better than that terrific film, the director Lim Soon-rye moves its rather simple plot with efficient pace, and the actors in the film did a competent job as the parts of the story. While Park Hae-il gives an earnest lead performance as a seasoned journalist hero with some idealism inside his heart, Yoo Yeon-seok is also solid as a conflicted whistle blower who worry more about others than himself, and Lee Kyeong-young, a veteran South Korean actor who becomes ubiquitous especially in this year, is well cast as a shady man who comes to realize that he has gone too far with his lies. One small private scene of his may make you feel a little sorry for his despicable character, but that does not change the undeniable fact that he committed an academic crime which is going to tarnish his career forever – and he does deserve what he gets in the end.

Like Dr. Haruko Obokata, who also got herself into her own big academic scandal due to the fabrication of her ‘revolutionary’ cell research, Dr. Hwang Woo-suk became a disgraceful figure in his field after his scandal, but, believe or not, this shameless fraud has been somehow allowed and financed to do more researches in South Korea as reported in a recent New York Time article. He went back to his usual animal cloning, and I remember well when it was reported three years ago that he successfully cloned a certain ‘endangered species’ called coyote. What a silly rotten joke he was.