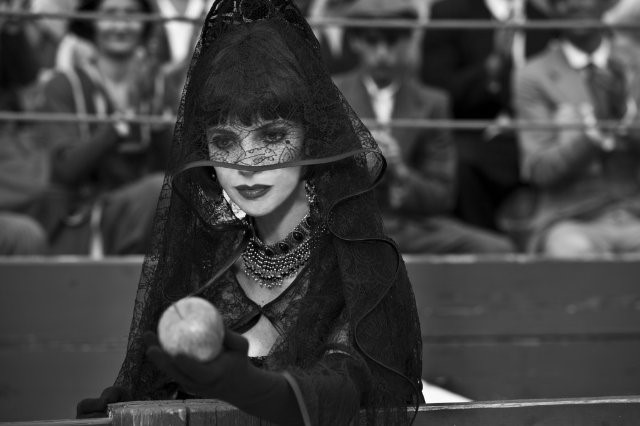 Spanish silent film “Blancanieves” is an enchanting work which will show you that silent film is always ready for embracing you if you give a chance. Inspired by one of the famous fairy tales from the Brothers Grimm, the movie freely moves between horror, comedy, melodrama, and romance with its charming style reminiscent of the silent films of the 1920s, and the result is a wonderful achievement both darkly gothic and lightheartedly magical.

Like recent Hollywood films “Mirror Mirror”(2012) and “Snow White and the Huntsman”(2012), the movie tells us a variation of Snow White tale, and it is more refreshing and creative compared to other two films, which were not so terrible but flawed despite their respective good aspects. While retaining several elements in the original story such as that infamous poisoned apple, the movie incorporates new elements including bullfighting(no kidding) and other interesting things into its story, and it is entertaining to watch how it decorates the story with its own flavor while staying true to the light and darkness of its inspiration.

At the beginning, we are introduced to Antonio Villalta(Daniel Giménez Cacho), a bullfighter at the top of his profession – or the king of his profession, shall we say. We see him confidently handling five wild bulls one by one while his lovely pregnant wife Carmen(Inma Cuesta) and other audiences in the arena are grasped by the suspense and thrill on the field, and now he is going to confront the last and toughest one, which will be the grand finale for this event. 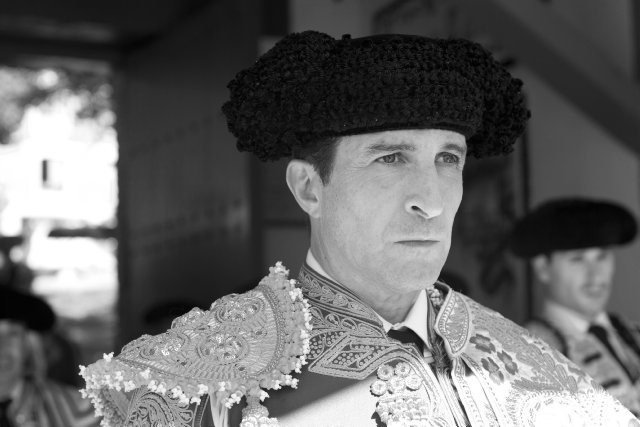 Unfortunately, to everyone’s horror, it goes terribly wrong for Antonio. While he barely survives, his body becomes permanently paralyzed by his severe injury, and, to make the matter worse, his shocked wife dies as giving an early birth to their daughter Carmen shortly after her husband’s accident. Devastated by this news, Antonio becomes morose and isolated while not caring much about his infant daughter, who is eventually taken care of by her grandmother.

And that is where nefarious Encarna(Maribel Verdú) comes into the picture as, well, the wicked stepmother. She initially comes to Antonio as one of the nurses at the hospital, and, as soon as she learns that he is rich and alone, she quickly works on him, and it does not take much time for her to become his personal nurse – and then his second wife. Not so surprisingly, she puts her husband into more misery while doing whatever she wants at his vast mansion, and the movie tickles us with the humorously perverted moments associated with Encarna’s sadomasochistic side.

Young Carmen, played by amiably innocent Sofía Oria, has been away from her stepmother’s evil influence while growing up under her grandmother’s care, but, after the grandmother suddenly dies, she has no choice but to be sent to his father’s mansion. Encarna certainly does not welcome her stepdaughter right from their first encounter; she greets Carmen with the hostile and sinister manner not that different from that of Mrs. Danvers in Alfred Hitchcock’s “Rebecca”(1940), and then she immediately sends Carmen down to a dirty basement room. That is just the beginning of her many vicious treatments of Carmen, and Maribel Verdú clearly relishes her juicy villainous role in the film – especially during that deliciously horrible moment involved with Pepe, Carmen’s feisty pet rooster. 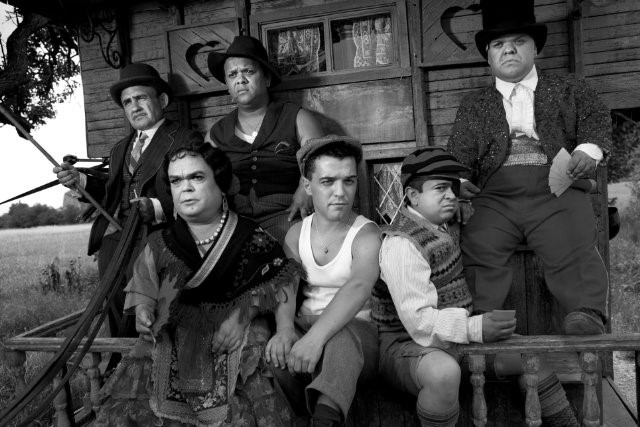 In spite of all the hardship and cruelty inflicted upon her, Carmen never loses her bright, lively personality while having a brief but touching moment of reconnecting with her withered father, who saw the potential inside her and taught her some valuable things about bullfighting. Not long after he dies, Encarna tries to kill Carmen, who now becomes a young lady after several years, but her bumbling servant/driver/sex slave Genaro(Pere Ponce) fails to kill Carmen, and she is saved by a traveling troupe of dwarves(they are six, not seven, by the way). Although she lost her memory when she was almost killed by Genaro, she soon shows her bullfighting skill to impress the dwarves and others, and her popularity as “Blancanieves”(it means “Snow White” in Spanish) quickly rises while our bitchy stepmother is infuriated to learn that the girl is still alive.

The story itself is an engaging fairy tale with humor and heart, and the director/writer Pablo Berger effectively presents it through the painstaking recreation of the ambience of the silent films during the 1920s. Compared to Oscar-winning silent film “The Artist”(2011), which cheerfully danced on the thin line between loving tribute and playful parody, the movie is a little more serious in its approach; its performances and technical aspects are mostly feel authentic, and only sound we hear on the soundtrack is the terrific score by Alfonso de Vilallonga, which fluidly flows around grand orchestral gestures and exciting dance music while coloring the black and white screen of 1.33:1 Academy ratio with various moods and feelings. 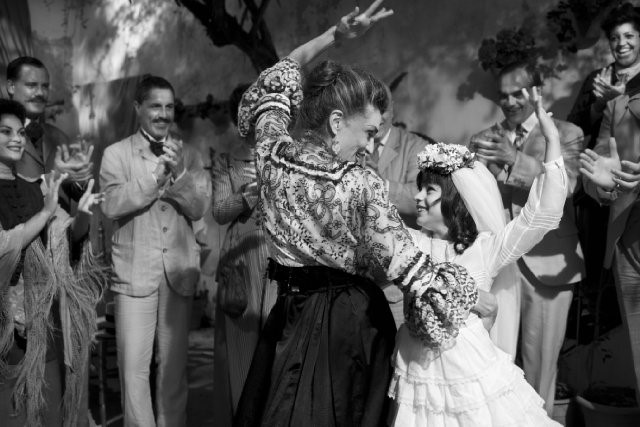 The actors in the film did a fine job here in their performances full of gestures and emotions which can overcome any language barrier. While Maribel Verdú definitely has the most fun as the villain of the story, young actress Sofía Oria is adorable and plucky as a young heroine we can care about, and her performance is flawlessly connected to the performance by Macarena García, who plays older Carmen during the second half of the film. Ángela Molina is warm and caring as the grandma who still knows the joy of living despite her old age, Daniel Giménez Cacho convincingly goes between contrasting moods only with his face, and Sergio Dorado interacts well with García while a certain tentative feeling grows between Carmen and his character.

Some people may think silent films are merely artifacts to be studied by film scholars, but good silent films can transcend time and languages to reach to the contemporary audiences, and “Blancanieves” reminds us of their timeless power through its sincere homage. The movie also remains true to the dark, twisted spirit of the Brothers Grim tales, and the ending after its grand fateful finale is a rare moment which simultaneously feels sad, romantic, perverted, and, above all, poignant. After all, didn’t someone say that perverts are sometimes much more romantic than us? 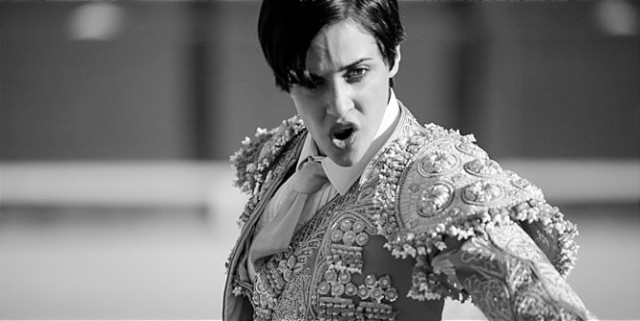 This entry was posted in Movies and tagged Bullfighting, Fairy tale, Father and daughter, Silent movie. Bookmark the permalink.