“Mama” is a little scary horror movie ready to scare you and then shock you from the very beginning, and it does its job well even when we can instantly see through its shock and awe tactics. There are many typical ‘boo!’ moments lurking around its plot, but these shocks are packaged well in its ominous atmosphere filled with your average bad omens, and its story is supported by the solid performances we can care about.

The movie begins with a grim prologue sequence. Jeffrey(Nikolaj Coster-Waldau), an executive in some financial company, suddenly becomes deranged during the financial crisis in 2008. Not long after killing his two co-workers and his wife with his gun, he leaves his house with his two little daughters to somewhere, and nobody has seen him or his daughters since then.

This terrible incident is gradually forgotten as the time goes by, but Jeffrey’s brother Lucas(also played by Nikolaj Coster-Waldau) has kept searching for Jeffrey and Jeffrey’s daughters for five years. He has already spent nearly all of the money left by his missing brother on this personal search, but he still hopes to get any information about their disappearance even though he recognizes the hopelessness in the search.

Eventually, he happens to get what he has wished for. His nieces are finally found, but they are not exactly in good condition. Having spent five years at an abandoned house in some forest without their father, they are turned into wild children, and they look more like little beasts when they are discovered. While Victoria(Megan Charpentier) does not have any serious problem with going back to the civilization through their recovery process at the facility for children, her younger sister Lilly(Isabelle Nélisse), who was quite young at the time of their disappearance, still behaves like a little animal although she shows lots of progress in her recovery. 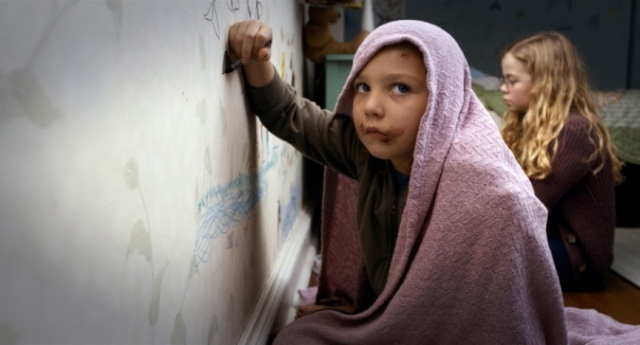 You see, they do not look like the ideal girls you can take to your home, but Lucas wants to take care of them as their uncle despite the reluctance of his girlfriend Annabel(Jessica Chastain), who does not look like a model mom at all – and does not intend to be. When she privately checks herself in the bathroom with a pregnancy test kit, she is relieved to know that she is not pregnant yet.

Compared to the girls’ grandaunt Jean(Jane Moffat), who also wants to take care of the them as much as Lucas, Lucas and Annabel are certainly not the model foster parents for these two girls(he is a painter – and she is a rock band member), but Dr. Dreyfuss(Daniel Kash), a child psychiatrist who has lots of intellectual interest in their mysterious survival, gives Lucas an irresistible offer; if Lucas moves to a big, cozy house owned by Dr. Dreyfuss’ institution and allows the girls to be interviewed periodically, he will help Lucas get the custody.

The house looks good on the surface, and Lucas and Annabel are happy to live with the girls in the house for a while, but they begin to sense something weird is going on in their new place. Strange sounds are heard during night, and disturbing things keep happening around the girls, and someone besides them seems to be inside the house. Annabel, still awkward about her new role, is increasingly getting nervous every night, and she begins to sense the presence of a mysterious entity which the girls call ‘Mama’ – especially when she is alone with the girls in the house. 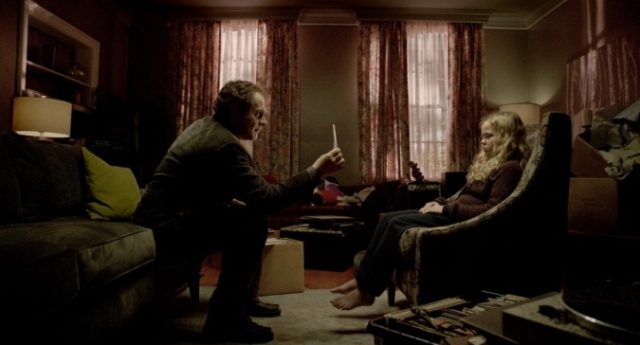 It will not be much of a spoiler to tell you that Mama really exists, because 1) the movie does not hide that much in its trailer, and 2) this is a horror film drenched with supernatural undertone, and 3) it shows you in advance how Mama comes to take care of the girls during the opening sequence. It cannot be denied that this diminishes the mystery of the story considerably, but the movie instead fills its space with that dark ambience of dread and fear. There are always dark corners in the house even when the lights are turned on, and they are full of insidiousness, and we get scared whenever somebody is approaching closer and closer to the spot of possible danger for.

The director Andrés Muschietti, who wrote the screenplay with Neil Cross and his sister Barbara Muschietti, keeps the level of suspense and dread mostly intact while frequently providing effective moments of scaring the audiences. Frightening the audiences with sudden sounds or appearances can be pretty monotonous and tiresome, but the movie has several good ideas for scaring us, and I must say I began to enjoy its shock variations like thrill ride while appreciating the skills and talents behind it. The movie is inspired by Muschietti’s 3-minute short film made in 2008, and the circumstance depicted in that short film is adapted into one suspenseful moment in the movie.

Good horror movies depend not only on atmosphere but also on performances, and the cast of “Mama” do not disappoint us. Megan Charpentier and Isabelle Nélisse are good as a creepy mix of innocence and darkness, and Jessica Chastain, who looks a lot different from her recent Oscar-nominated turn in “Zero Dark Thirty”(2012) in this film, does a credible job as a horror film heroine menaced and tormented by an unknown dark force full of malevolence. The drama between her character and the girls are convincing thanks to Chastain and her young co-actresses, and that is the major reason why the melodramatic third act of the story manages to work as a tough supernatural custody battle despite its several hiccups.

“Mama” is not perfect – especially compared to that fabulous short film inspiring it. That short film was plain but succinct horror solely based on one simple circumstance, and the movie version inevitably loses that intriguing simplicity through its adaptation process. I do not mind about the explanation about ‘Mama’, that fearful creature in question, and I can forgive some narrative flaws, but I must point out that Mama’s horrifying presence loses some of its power when it is fully revealed on the screen as a monster with a horrible but understandable motive during the third act. Anyway, it is still a competent horror film with a scary horror figure, and I will not deny that I was scared and involved along with the other audiences at last night. 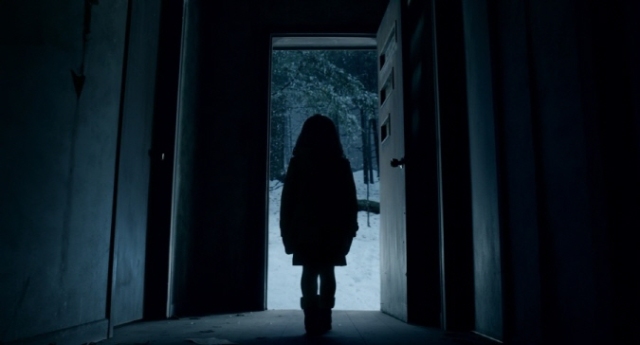