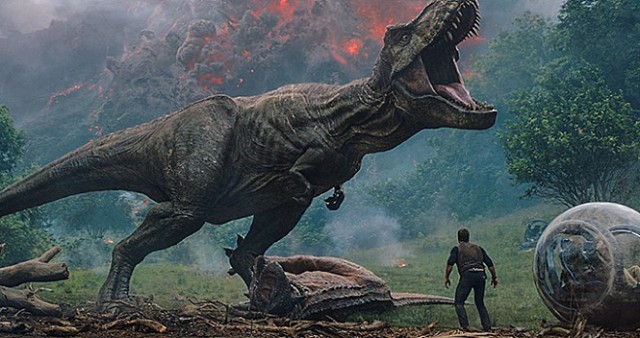 25 years ago, there was a film called “Jurassic Park” (1993), and I still remember how much I and other audiences were amazed by its many vivid, awe-inspiring moments of various dinosaurs roaming on the screen. Although it looks a bit dated at present and there has been lots of advance in visual effects since that point, the movie has remained as a remarkable technical milestone in the movie history which surely deserves its three Oscars including the one for Best Visual Effects, and I found myself impressed again by its ground-breaking visual achievement when I watched it again at a movie theater thanks to its re-release in 2013.

Right before watching “Jurassic World: Fallen Kingdom”, I could not help but become nostalgic about “Jurassic Park”, but that did not last long once the screening began. While having a fair number of dinosaurs to present to its audiences, the movie is hampered a lot by its dull, uninteresting storytelling and lifeless characterization, and that is quite a disappointment considering some good potentials shown in “Jurassic World” (2015).

The first half of the movie is mainly about how Claire Dearing (Bryce Dallas Howard), the former operations manager of Jurassic World, and Owen Grady (Chris Pratt), the former dinosaur trainer of Jurassic World who specialized in taming Velociraptors, come to return to Isla Nublar, a remote Costa Rican island where Jurassic World was located. After that catastrophic disaster shown in “Jurassic World”, the dinosaurs created in the park have roamed freely in the island for next three years without any human intervention, but then they are in a serious danger due to the sudden activity of a big volcano of the island, and it is quite possible that all of them will be extinct as the volcano continues to erupt more or more. Although Claire and other activists try hard to persuade the politicians of Washington D.C. for saving those dinosaurs, the US congressional committee eventually comes to decide not to do anything after hearing a crucial testimony from Dr. Ian Malcolm (Jeff Goldblum), who makes a sensible argument on why the humanity should not meddle further with a mess caused by their advanced technology. After all, dinosaurs do not belong to the human world from the beginning, so it may be better to let the nature take care of the mess once for all through this upcoming catastrophe on the island. 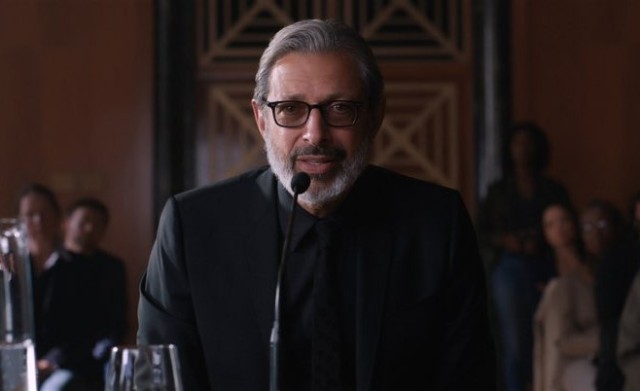 However, Claire and her fellow activists still believe they must do anything for saving the dinosaurs, and there soon comes a good opportunity for them. Sir Benjamin Lockwood (James Cromwell), the former business partner of late John Hammond (late Richard Attenborough), also wants to save the dinosaurs, so Claire is invited to Lockwood’s big manor and then meet Lockwood’s righthand guy Eli Mills (Rafe Spall) and Lockwood’s young granddaughter Maisie (Isabella Sermon), who is quite enthusiastic about dinosaurs just like many young kids. While Lockwood already prepared a shelter for the dinosaurs, he still needs some help from not only Claire but also Owen, and Claire manages to persuade Owen to come to the island with her despite his initial reluctance.

Shortly after Claire and Owen arrive in Isla Nublar along with Claire’s two colleagues, they meet a bunch of mercenaries led by Ken Wheatley (Ted Levine), who is very eager to capture a Velociraptor named Blue and does not hide much his rather vicious side in front of Claire and Owen, who was very close to Blue while taming it to some degrees. While they do not like Wheatley much, Claire and Owen cooperate with Wheatley and other mercenaries anyway because it is quite apparent that time is running out for the dinosaurs in the island hour by hour.

Now this part of the movie will probably remind you of “The Lost World: Jurassic Park” (1997), but the movie is not even as enjoyable as that flawed film while failing to generate enough tension or excitement as lurching from one uninspired moment to another. Although things become a little more exciting when all hell breaks loose with the big, catastrophic eruption of the volcano, but the resulting action sequence is not that memorable except one brief haunting shot shown around the end of this sequence. 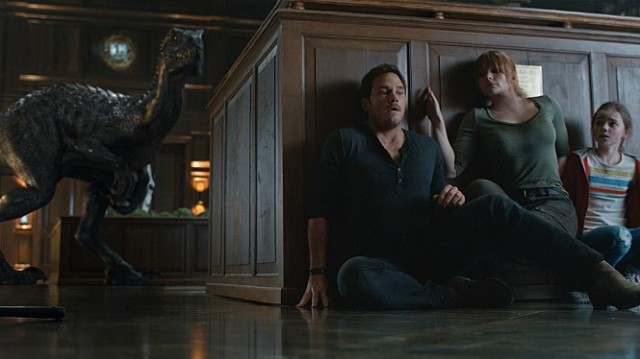 In case of the second half of the movie which is unfolded in some other place I will not reveal here, we see plenty of dinosaurs as expected, and there later comes a climatic action sequence as required, but the movie still does not give us much awe or surprise while becoming more predictable and boring. I like a few nice moments such as the one involved with a certain dinosaur which has a very thick skull, but the movie keeps failing to engage us due to its thin plot and bland characters, and I found myself becoming more bored and disinterested as occasionally checking my watch or noticing how an audience sitting right next to me kept fanning herself despite the fairly low temperature of the screening room.

The performers in the movie try as much as they can. While Chris Pratt and Bryce Dallas Howard feel less spirited than before, Justice Smith, Daniella Pineda, and Isabella Sermon merely fill their respective supporting roles, and it is really disappointing to see that notable performers like Rafe Spall, James Cromwell, Ted Lavine, Jeff Goldblum, Toby Jones, B.D. Wong, and Geraldine Chaplin are utterly under-utilized without being given any interesting thing to do.

“Jurassic World: Fallen Kingdom” may satisfy you if you just want to see dinosaurs on the screen, but this is the lowest point of its franchise because of its many underachieving aspects, and I came out of the screening room while not remembering much from the movie. Maybe it is the time to leave the franchise and its many dinosaurs alone, but, as shown from the ending of the movie, that will probably not happen very soon, and now I become more depressed while reflecting on that fact. 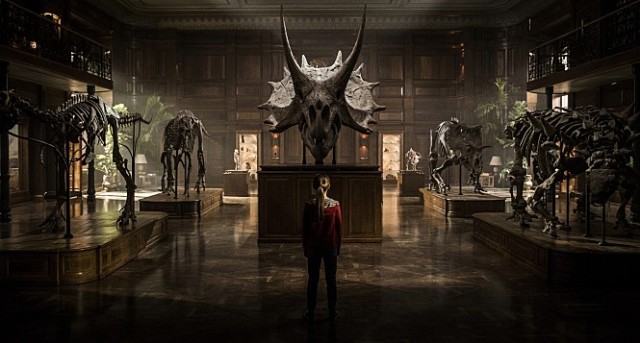 This entry was posted in Movies and tagged action, Dinosaur, SF. Bookmark the permalink.