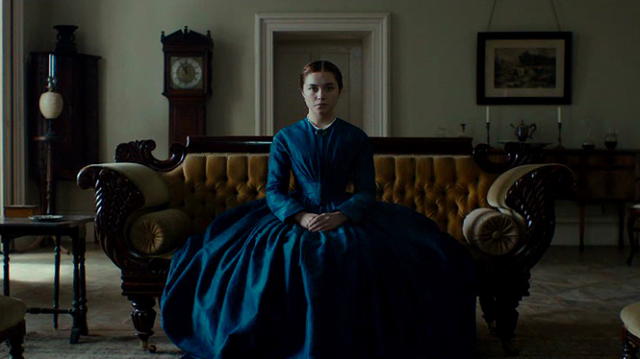 Although it is not based on that Scottish play by William Shakespeare, “Lady Macbeth” is as mean, dark, chilly, and vicious as you can expect from its title. Based on Russian writer Nikolai Leskov’s 1865 novella “Lady Macbeth of the Mtsensk District”, the movie calmly observes its seemingly prim heroine’s gradual descent into evil, and we are disturbed and chilled as watching this frightening process with horrible fascination.

In the movie, the background of the story is changed from Russia to Scotland, and the opening scene shows the wedding of a 17-year-old girl named Katherine (Florence Pugh) and her husband Alexander (Paul Hilton), who is the son of a wealthy landowner in some rural area of Scotland. Alexander’s father Boris (Christopher Fairbank) virtually bought Katherine for getting a male heir to succeed his son, but Alexander does not have much interest in her from the beginning. During their wedding night, he does not hide his apathy toward her at all, and that is just the beginning of what she has to endure.

As days slowly pass by in the house, Katherine silently struggles with her growing ennui and loneliness. Besides her and her husband and father-in-law, there is not anyone else in the house except a few employees including Anna (Naomi Ackie), a young black woman who works as Katherine’s personal maid and is probably the only one close to her in the house.

Katherine’s seemingly endless predicament is further emphasized by the stark atmosphere hanging around the house and its surrounding area, which is established well on the screen thanks to cinematographer Ari Wegner. Constantly shrouded in a grey moody tone, the outdoor scenes in the movie often feel oppressive and ominous, and the interior of the house is always filled with the barren sense of emptiness as Katherine aimlessly ambles around the house. Via static, precise scene compositions, many key scenes in the film effectively reflect the frustration and suffocation inside her, and the movie indirectly makes a succinct point on how women during that period were restricted by their male-dominant world. 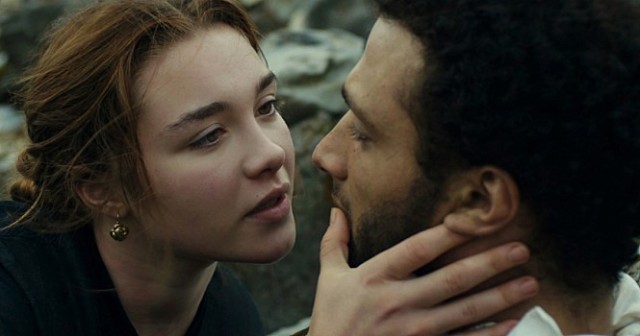 On one day, there comes an opportunity to ventilate whatever has been accumulated inside Katherine. Not long after both her husband and her father-in-law leave the house for their respective matters to handle, she happens to encounter a young handsome black farmhand named Sebastian (Cosmo Jarvis), and she finds herself attracted to him. When he boldly comes into her bedroom later at night, she is frightened at first, but then she instantly plunges herself into her desire, and they come to spend more nights together as she wants more and more from him.

Of course, this transgression of hers does not remain hidden for a long time, and Katherine comes to decide that she must do something about that. I will not go into details here, but I can tell you instead that I appreciate the lean, economic storytelling of the adapted screenplay by Alice Birch. I particularly like how one brief scene involved with a certain type of mushroom leads to the sudden shocking situation unfolded during a later scene, and the movie wisely lets us deduce the connection between these two scenes.

Director William Oldroyd, who previously made several short films before making his first feature film here, firmly sticks to his austere approach while subtly increasing the level of nervousness on the screen. As Katherine keeps going for her desire, she becomes more determined to eliminate anything to block her way, and we are unnerved more by her emerging evil – especially after a couple of crucial supporting characters come to the house later in the story. 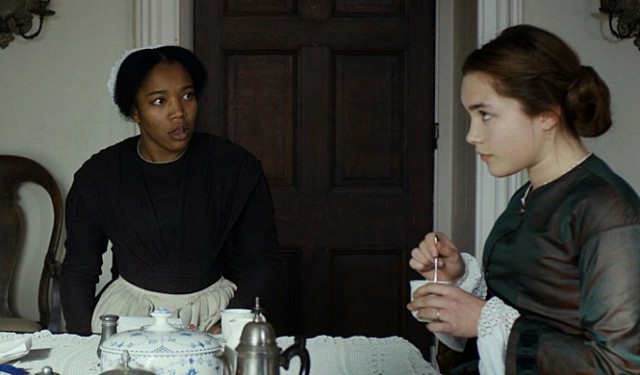 Katherine is indeed a monstrous woman, but she is also a captivating character to watch mainly because of the terrific lead performance by Florence Pugh. Although the movie is only the second feature film in the burgeoning career of this 21-year-old British actress, Pugh exudes her own natural presence as ably carrying the film, and she is superlative as deftly suggesting the dark emotional undercurrents swirling beneath her character’s increasingly cold façade. Although the movie does not tell a lot about Katherine’s life before her marriage, Pugh lets us understand her character’s dark human desire, and that is why we feel some sympathy toward Katherine even while we are horrified by how ruthless and diabolical she can be.

In case of the other performers in the movie, they are understandably less prominent than Pugh, but they are solid in their respective functional roles. While Cosmo Jarvis embodies well his character’s rugged sensuality, Christopher Fairbank and Paul Hilton are suitably loathsome, and the special mention goes to Naomi Ackie, who is heartbreaking especially when her character is irrevocably devastated by one of Katherine’s harmful actions at one point.

“Lady Macbeth” is surely a cold, unpleasant film, and some of you may cringe during its darkest moments like my mother did during the screening she attended with me. Nevertheless, the movie is worthwhile to watch for Pugh’s unforgettable performance, and I still marvel at how confidently and masterfully she handles her final scenes without a blink. She seems to signify nothing in her detached face, but we can sense the price Katherine comes to pay for her desire, and that is all the movie needs for leaving us with a chilling impression in the end. 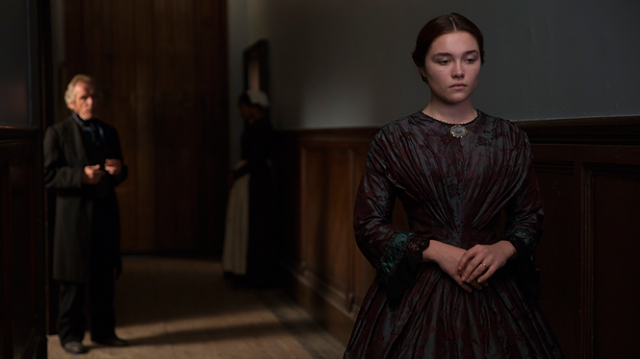 This entry was posted in Movies and tagged Husband and Wife. Bookmark the permalink.