A funny thing about “Laurence Anyways” is that it takes quite a long trip to arrive at a simple answer to the problems and following struggles in its story. I guess that is what would happen when 1) your dear husband announces that he has been a woman in man’s body 2) you are still in love him even when his appearance is going through a big change. While watching the movie at last night, I wrote a note in my mind: “I am sure they will be very comfortable at the Jerry Springer show.”

The movie tells this odd life story as reminisced by Laurence Alia(Melvil Poupaud) his(or her, shall we say) interview 10 years later. Around the time he began to face the feminine side inside him, he worked as a literature school teacher well-liked by his colleagues and students, and he had lived a cozy married life with his wife Fred(Suzanne Clément), who worked as a commercial director.

It was a joyful life for both of them, but, on his 35th birthday, Laurence experienced some revelation, and then he honestly and directly confesses to his wife; he really needs to be a woman, and he cannot possibly live as a man as before. Fred is naturally shocked by this sudden news(and the fact her husband tried some of her clothes when she was not around), but, as a woman who has loved and lived with him for a long time, she decides to stand by her husband.

Although whether he would go to the point of sex change operation is never discussed in the movie, an interesting question arises as we watch Laurence going through his metamorphosis with Fred’s patient help. He loves her, and she also loves him, but can she still love him even when he does not look much like a man she has known? And should their internal relationship be redefined by this external change of his?

His change also perplexes others besides Fred. He makes the announcement of his sex change in advance to the others at his school before starting his first day as a woman, but it certainly draws attention and awkwardness as soon as he appears in front of others. The students look at him with puzzled curiosity as we would, and the same thing can be said about the faculty members except his close colleague, who is unsurprisingly turned out to be a gay later in the story. In case of Laurence’ mother Julienne(Nathalie Baye), she is not so pleased about the news brought by her son, but she sensibly respects Laurence’s wish, though she chooses not to tell about her son’s decision to her ailing(and demanding) husband.

Because it is around 1990, we get the expected sights of prejudice and intolerance, and Laurence and Fred come to realize that the change is not as easy as they thought at first. Due to the protests from the students’ parents, the school board decides to fire Laurence based on his ‘mental disease’, and Laurence also experiences a nasty brutal incident at the bar due to his appearance. Fred also goes through a hard time of her own, and Suzanne Clément, who received the Best Actress Award in the Un Certain Regard category for this film at the Cannes Film Festival in last year, has an emotionally explosive scene when one unintentionally insensitive comment from a bystander finally ignites her anger accumulated by the frustration with her husband and the mounting challenges in her daily life.

The movie continues the story while Laurence and Fred are eventually separated, and the director Xavier Dolan, who quickly drew attentions in a short time with his first three works including this film, lets the story go wildy around contrasting styles. While its main approach to story and characters is plain and realistic, the movie sometimes flaunts its flamboyant styles on its plain canvass, and it even approaches to a campy mood when Laurence encounters a fellow transvestite who introduces him to a band of aging ladies and one old drag queen. They seem to spend most of their time at their gorgeous private place, and, while filled with many nice antiques, this place also has a nice surprise behind the curtain. 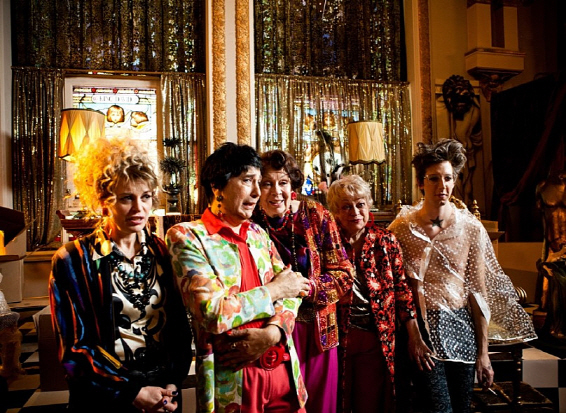 Meanwhile, in spite of their painful failure, Laurence and Fred realize that there are still feelings between them. Laurence has published his poet book, and now he lives with a new girlfriend while writing his novel, but he cannot still forget Fred, and he even lives near her new place while hiding that fact from her. The movie is not very clear about what Charlotte(Magalie Lépine-Blondeau), Laurence’s current girlfriend, thinks about his decision. She seems to be conscious of Fred’s presence as shown during one brief scene, but she ends up to be more or less than an accessory plot tool, and the movie does not seem to be interested in her relationship with Laurence.

As Fred experiences again her old emotions associated with Laurence, Dolan, who took the multiple jobs of screenplay writer, editor, and costume designer for himself(and he also appeared briefly in the film), throws a number of beautiful scenes to the audiences. There is a fantastic scene when these two old lovers are joyously walking down the street alone as a bunch of colorful clothes are falling from the blue sky, and Laurence’s mother has her own dramatic moment along with the stylish excess fueled by the Beethoven symphony No. 5.

I enjoyed its different tones and appreciated how they make an interesting contrast between them, and “Laurence Anyways” lightly passes by us during its long running time(168-minute). While Fred ultimately becomes the main character we come to care more about, Melvil Poupaud gives a credible transvestite performance, and Poupaud and Clément keep the ball rolling under Dolan’s confident direction. I personally think the ending is too much of an easy exit, and the movie does not go deep into its main question as losing the focus on it, but, what the hell, it’s a charming film anyways. 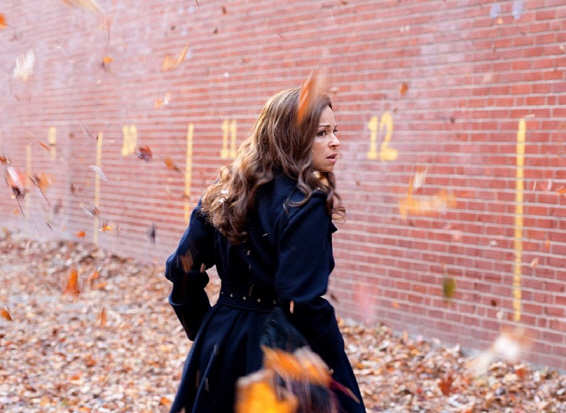 This entry was posted in Movies and tagged Husband and Wife, Transvestite. Bookmark the permalink.