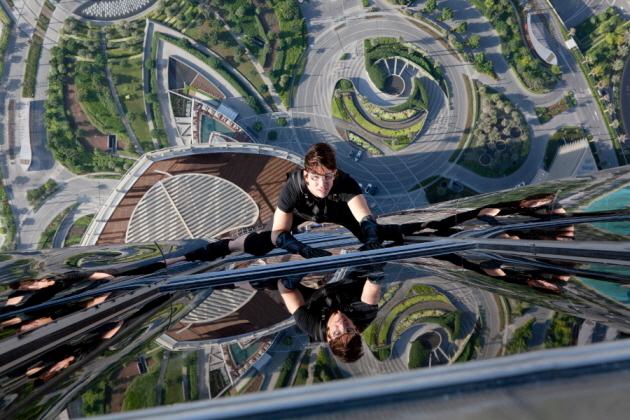 Three weeks ago, I had to endure a new Twilight movie at the local theater on Sunday evening, but I got a much better thing before being suffered by that tepid Harlequin romance about not-so-scary vampires and werewolves: the promotional video clip for the new movie “Mission: Impossible – Ghost Protocol”. I am sure they were very careful about the star’s safety when they shot the scene, but I must confess that I winced while watching Cruise do that dangerous stunt around the top of the Burj Khalifa building, which is at present the highest building in the world.

So, I came to get the excellent standard with which I can appreciate the film itself, and I could ask this question – is the film as thrilling as that video clip? The answer is yes, and “Mission: Impossible – Ghost Protocol” is better than we can expect in the time when we are sort of tired of this endless parade of the sequels nowadays.

Actually, the movie is better than the previous installments in the series with noticeable improvements. Besides that sequence involved with the Burj Khalifa, the film has other impressive action scenes, and it also manages to be humorous and goofy while Ethan Hunt and his team members are trying to stop the bad guys with a nefarious plot. Though the world may meet the end at any chance, we are in a safe fun ride, aren’t we?

The plot of the movie is more or less than the coat hanger for the series of the action adventure sequences, so let’s make it brief. Our hero Ethan Hunt(Tom Cruise, of course) is recently given a new mission in Moscow for him and his team members, but it turns out to be the trap set by the villain of the film. As a result, they are framed for the huge bombing at the Kremlin, and their agency, IMF, is quickly shut down due to Ghost Protocol initiated by the American President. Hunt and his team are left with nothing to protect themselves except the limited amount of the resources given to them by the IMF director played by Tom Wilkinson. 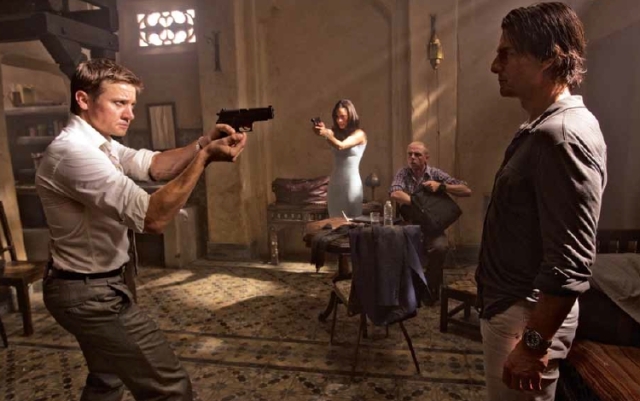 Hunt and others decide to do something in this tight situation – find the guy responsible for their troubles and prevent him from achieving his manic goal, which is none other than the World War III to wipe out the human civilization on the earth for the new beginning. He is a mad strategist named Hendricks, played by Michael Nyqvist from the Swedish version of “The Girl with the Dragon Tattoo”(2009). Nyqvist does an adequate job as the villain who can be fully explained and established within few minutes in a short message from IMF, which is, as usual, automatically incinerated few seconds after the message is delivered to the receiver.

The movie serves us the various colorful locations around the world along with the different moods and terrific action sequences for each. I am sure that some of the shots are CGIs, but that thrilling sequence unfolded at the Burj Khalifa feels real to me, and it is certainly more cringe-inducing to me than the promotional clip. While watching Cruise climbing on the glass windows of this tall building is a suspenseful experience, I was constantly unnerved by the absence of one window glass at his team’s room around the 110th floor. You should be very careful in that room especially when you start to fight with your opponent, or…… ugh.

The actions sequences helped a lot by CGIs are equally entertaining, too. There is a car chase sequence associated with a sudden weather incident, and it is both rapid and tense though we and Hunt do not see much from the outside. And we also have the action scene featuring a huge parking garage where parked cars are constantly moved here and there around two characters fighting to the death for grabbing a very important object. 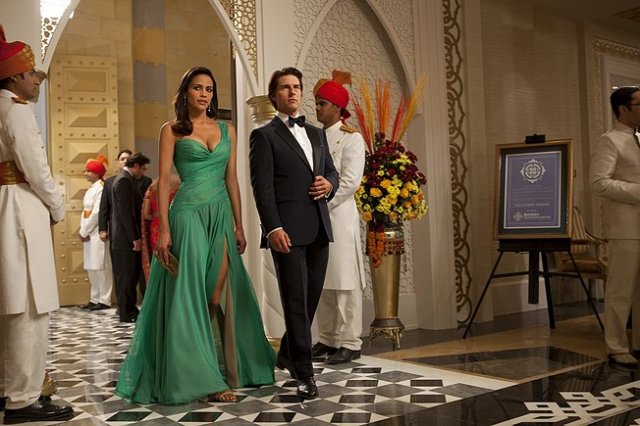 Tom Cruise, called endearingly “Uncle Tom” in South Korea, is approaching to 50, but he does not lose any of his star quality – and he remains as a likable action hero as he was when the first Mission impossible movie was released in 1996. He previously did a memorably risky stunt at the opening sequence of “Mission: Impossible 2”(2000), and now he outdoes himself with this film. I have no idea about what he thought or felt while doing his stunts, but I admire his commitment to his profession.

And the movie comes more close to the teamwork spirit of the original TV series. Though Cruise is the star and the leader in the film, Cruise never overshadows his co-actors who are also having a fun while convincing us that they are doing perilous missions they must do no matter what. Simon Pegg, who appeared briefly in “Mission: Impossible 3”(2006), is a computer expert who finds himself doing more than handling his laptop as a newly added field agent. Paula Patton is lovely as the agent deft at both fighting with a deadly enemy and seducing a clueless target, and Jeremy Renner is a “special analyst” who is, not so surprisingly, more than what he seems to be on the surface. We understand and smile at them when they fumble or hesitate a little when they work. Thank God I do not have to throw myself toward the huge fan which may shred my body – even when the peace of the world is at the stake, I will definitely hesitate to do that for a long, long time.

The movie is directed by Brad Bird, a talented animation director made the wonderful animations such as “The Iron Giant”(1999), “The Incredibles”(2004), and “Ratatouille”(2007). Whether he is also a good live action director or just a hired hand in the production is debatable, but he definitely makes a good debut; this is a smooth, handsome production filled with lots of excitements and thrills worthy of your ticket price. Right after watching this movie with me, my lab colleague told me that he though the running time was 1.5 hours. Considering the running time was actually more than 2 hours, that’s a really good compliment, you know. 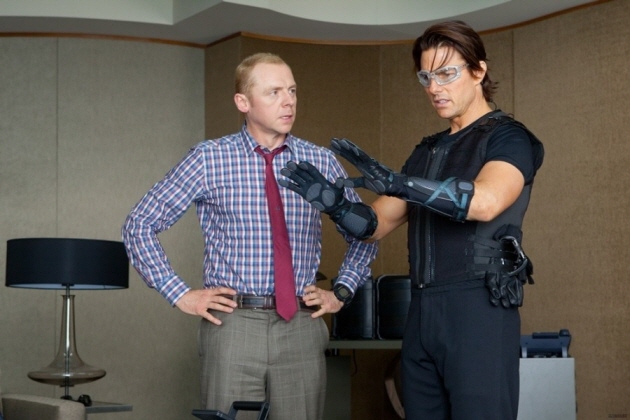 This entry was posted in Movies and tagged action, Espionage, Nuclear bomb. Bookmark the permalink.