“Brittany Runs a Marathon”, which won the Audience award when it was shown at the Sundance Film Festival early in this year, is a genuine crowd-pleaser packed with lots of wit and heart. While generating a number of sharply humorous moments from its heroine’s rocky struggle to improve her life and herself, the movie is also poignant at times as depicting her and other characters around her with care and affection, and we come to cheer for her a lot as she eventually arrives at the destination of her bumpy journey of self-improvement.

When we meet Brittany Forgler (Jillian Bell) at the beginning of the film, she is almost near the bottom of her New Yorker life in more than one aspect. While she barely earns her earning as working as a greeter in some small off-Broadway theater, she frequently goes out for evening drinking along with her self-absorbed roommate Gretchen (Alice Lee), and we are not so surprised when her doctor later notifies her that she really needs to change her lifestyle considering how bad her current health condition is. In addition to being overweight apparently, her blood pressure is alarming to say the least, and her liver may suffer more medical problems if she is not careful.

At first, Brittany is not particularly willing to be active for her health, but she gradually comes to feel that she must try anything after being reminded again of her serious overweight status, so she eventually takes her first forward step. Because she cannot afford to pay for the membership of a local health club due to her current poor financial situation, she decides to try running, and, though it is certainly hard and difficult for her at first, she soon finds herself a lot more motivated than before. 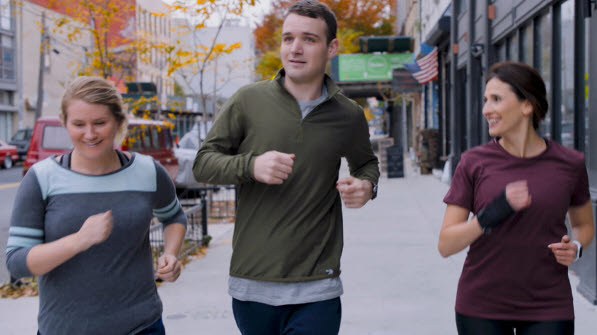 Furthermore, Brittany fortunately comes across two people willing to support her as running with her. Catherine (Michaela Watkins), a recently divorced female photographer who resides in the same building where Brittany lives, recommends Brittany to join her and her fellow runners, and that is how Brittany comes to befriend Seth (Micah Stock), a married gay dude who also recently joins the group for self-improvement. While both Seth and Brittany initially sweat and pant a lot as trying to catch up with other runners, they get improved day by day as pushing themselves harder and harder, and Brittany certainly feels a lot better about herself than before as routinely checking her decreasing weight.

After successfully finishing a 5-km run, Brittany gains more self-confidence, and that prompts her to reach for a big marathon rally which will be held in the city several months later. Fully focusing on her goal, she discerns that she needs a more stable life in addition to a healthier lifestyle, so she gets another job, though it is not what she initially applies for.

And then someone unexpectedly comes into her life. When Brittany meets Jern (Utkarsh Ambudkar) for the first time, she does not like him much for understandable reasons, but, as many of you already guessed, she slowly becomes attracted to him, and, not so surprisingly, he also likes her a lot. Although neither of them is willing to admit the mutual feelings growing between them, they get closer to each other as they come to spend more time with each other, and they are surely ready to move onto the next step once their mutual attraction is finally confirmed to both of them.

As entering its third act, the screenplay by director/writer Paul Downs Colaizzo, which is inspired by his friend’s real story as reflected by what is shown at the end of the film, takes an expected plot turn for pushing its heroine into a momentary setback, but then it surprises us with several heartfelt moments filled with empathy and compassion, and then it touches us a lot with the finale which may be predictable to the core but is uplifting nonetheless. For bringing some authenticity and verisimilitude to this part, Colaizzo and his crew members actually shot several key moments of this part during the marathon rally, and the overall result is seamless to say the least. 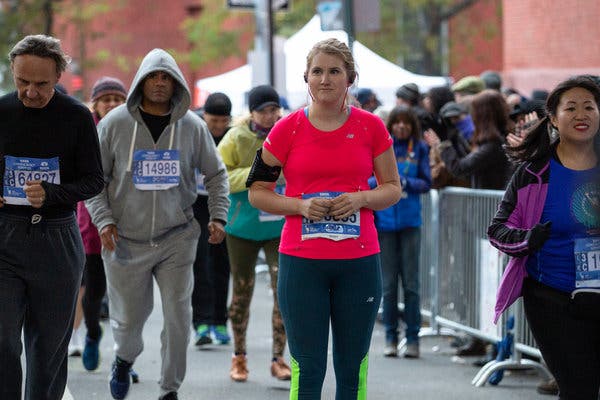 Above all, the movie is a nice showcase of the undeniable talent of Jillian Bell, who imbues her character with vivid life and personality in addition to losing around 40 pounds (18 kg) for her role. While never making any excuse on her character’s human flaws and weaknesses, Bell presents her character as an engaging heroine who can be funny and charming despite her personal issues, and we come to care about her character a lot even as she makes some wrong choices later in the story.

Bell is also surrounded by several good supporting performers. While Michaela Watkins, who previously appeared along with Bell in “Sword of Trust” (2019), and Mikah Stock are well-cast, Utkarsh Ambudkar and Alice Lee are also effective in their respective roles, and the special mention goes to Lil Rel Howery, who stole the show in “Get Out” (2017) and demonstrates a more serious of his talent during a crucial scene where his supporting character happens to have a sincere and honest conversation with Brittany.

Overall, “Brittany Runs a Marathon” runs along a rather familiar route, but you can sense its good-natured heart beating with humor and sincerity. To be frank with you, it reminds me that I really need to do something about my current overweight status, and I have already promised to myself that I should run harder as being more stoic to myself than before. If an ordinary person like Brittany can do it well, I can also do it, right? 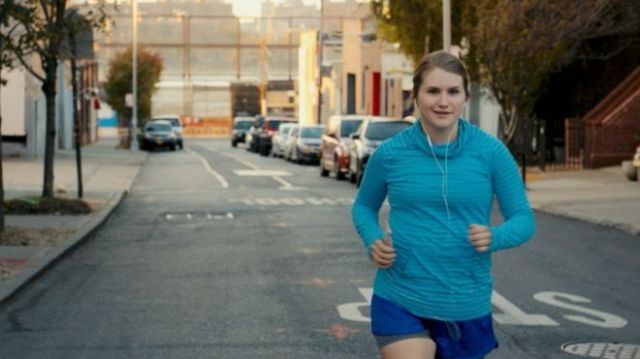 This entry was posted in Movies and tagged Comedy, Marathon, Obesity, Running. Bookmark the permalink.