There is one secret to be revealed in the middle of Sarah Polley’s intimate documentary “Stories We Tell”, but, while it is surely a crucial turning point in its compelling narrative and I don’t dare to reveal it to you, it is not the main point of the documentary. It is more about how the interviewees, or “Storytellers” as Polley calls them, remember and tell us about one woman they knew and loved in their lives, and it is interesting to see how she is remembered after her death through a bunch of different views sometimes overlapping or conflicting with each other.

The center of the documentary is Sarah Polley’s mother Diane Polley, who died in 1990 when Polley was 11. According to many interviewees including Polley’s family members and Diane’s friends and acquaintances, she was an energetic force of nature always looking for the chances of joie de vivre, and they fondly remember how she brightened up the mood whenever she was with them. She was a tireless woman who was a wife, a mother, an actress, and, though it was not mentioned in the documentary, a casting director, and we see Polley’s siblings affectionately reminiscing in front of the camera about their never-boring life with her.

It was rather surprising that, after her first marriage which was quite disastrous, Diane married Polley’s father Michael, who was a lot different from her in many aspects. While Diane was a plucky woman of active and extroverted personality not so far from “I Love Lucy” or “Auntie Mame”, Michael was an introverted man who rather wanted to be alone for reading or writing in his room. If she was willing to dance or sing along with music, he rather preferred to sit and listen to it. This apparently looked like a mismatch, but their marriage somehow worked probably because their contrasting personalities complemented each other like yin and yang, and they were happy with their children during most of their married life in Toronto.

But, as Michael and others frankly admitted, there was discontent slowly seeping into their relationship. According to Michael, Diane fell in love with him right after watching his performance on the stage, but he chose to suspend his artistic career for being a responsible father who could support his family with stable income. That was a sensible choice in Michael’s view, but others say that Michael’s decision probably hurt and disappointed Diane a lot, who had strongly believed that Michael had the potentials for a greater artistic success to come and also was willing to sacrifice her own career to support him. 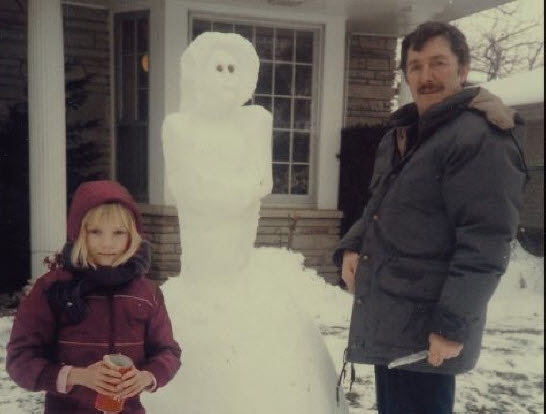 More than 20 years have passed since her death, so nobody can tell how exactly she felt or thought during her married life with Michael, but she stood by her husband anyway, and then she began to pursue her career as an actress after her children grew enough. While having a separation period from her husband, she left Toronto, and she participated in a stage play in Montreal. According to her friends, it was not very good, but she gamely tried with her usual jubilant spirit.

Now I should be more discreet about describing what happened during this period which might have been both the best and worst time in her life. While Diane was like an opened book to the people around her, her friends point out that she had probably some personal secrets to hide behind her easygoing persona, and Polley and her family were well aware of the possibility of a certain secret even though they did not know its whole truth. While they frequently joked about that during their family conversations, they still loved her with understanding, and that was enough for them.

However, during her search for getting to know more about her dear mother, Polley comes across a hidden truth she has never imagined through one of her mother’s friends, and the story becomes more interesting as, with some subtly increasing tension, Polley and others exchange their opinions on how to tell and present this big surprise before and during the production of this documentary. As the interviewees freely talk about Diane in front of Polley and her camera during her ‘interrogations’, they playfully interact with Polley behind the camera sometimes, and it is amusing to see how they remember Diane in their different respective views. 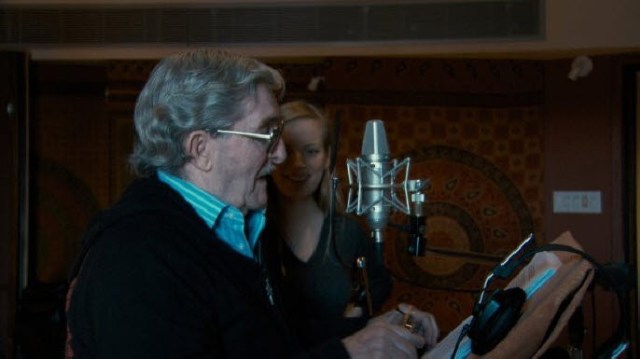 As the narrative thickens with more facts about Diane’s life told through various views, Polley maintains her calm, respectful approach to her mother as well as her family members and interviewees while constantly reminding us of her humble objective position as the writer/director of the documentary. Right from the opening scene in which she takes her father Michael to the studio for recording the narration of her documentary to be read by him, she steps back from the center for her interviewees except when she throws some questions or demands to them. The interview clips are frequently intercut with home video footage and other materials including the believable reproduction of several moments of Diane and her family’s life, and they are well mixed together to form an engaging narrative to grip our interest. As an honest and thoughtful filmmaker, Polley never hides the artificial/subject aspect in her documentary, so we get not only the cheerful moments showing the preparation process before interviews but also the behind-the-scene moments showing how she made the reproduction scenes with her actors.

While she has been a wonderful actress who gave memorable performances in good films such as Atom Egoyan’s icy but harrowing drama “Sweet Hereafter”(1997), Sarah Polley has also showed another side of her exceptional talent as a young director/screenplay writer. Her directorial debut “Away From Her”(2006), which gave Polley her first Oscar nomination, was a haunting drama about an aging couple facing the problems associated with Alzheimer’s disease, and her next film “Take This Waltz”(2011) was a bittersweet romantic tale about how we can ruin our happiness sometimes while following our heart’s desire we cannot easily resist.

Like her previous two good films, Polley deftly handles her subject with the equal dose of sincerity and thoughtfulness, and the result is an incomplete but complex portrayal which feels both well-rounded and well-balanced. While it frankly recognizes that there might be other things which will be never unearthed in Diane Polley’s life, but we can see that she was a remarkable woman deserving to be loved and remembered by others in spite of her problems and faults – and to be told through the stories she and others tell to us. 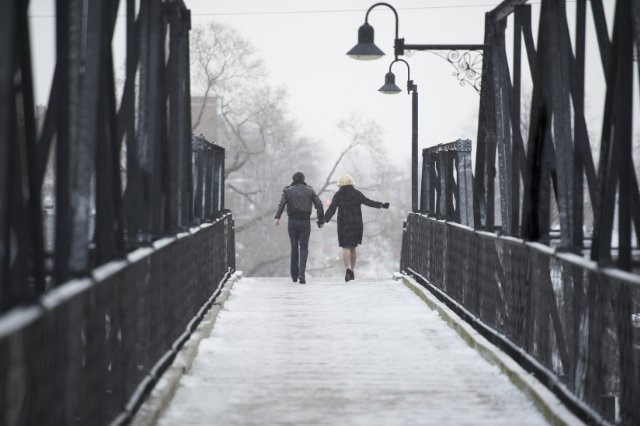 This entry was posted in Movies and tagged Documentary, Family. Bookmark the permalink.