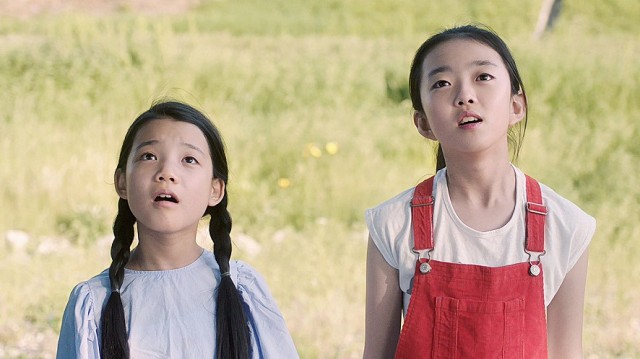 South Korean independent film “Bori” is a sensitive and intimate coming-of-age tale about one girl who wants to be deaf just like her dear family. This surely sounds weird to many of you at first, but the movie gradually lets us understand and emphasize with her as slowly rolling from one engaging moment to another, and we come to observe her little drama during one summer with more care and attention.

During its first half, the movie establishes a little happy world surrounding its young heroine. Because she is the only one capable of hearing in her family, Bo-ri (Kim Ah-song) has often functioned as a translator between her parents and the outside world, and she has also been someone to lean on for her younger brother Jeong-woo (Lee Rin-ha). When Jeong-woo suddenly wants to eat some cheap Chinese dishes at one point, his parents do not object at all, and Bo-ri is certainly ready to order them on the phone.

Whenever she goes to a local elementary school in the morning, Bo-ri drops by a small religious place and then prays for something, and we soon come to learn of her little private wish when her best friend Eun-jeong (Hwang Yoo-rim) asks about that later. As a child of deaf adults (CODA), Bo-ri has felt a growing gap between her and her family especially since she began to attend her elementary school, so she has wished to be deaf just like her family for more connection between her and her family.

This wish of hers becomes more desperate especially after one frightening incident during a local summer festival. Although she is supposed to be the one who looks after her parents and younger brother as enjoying the festival along with them, Bo-ri inadvertently gets herself separated from her family, and that surely throws her into panic and dread, though she eventually reunites with her family at a local police station.

And then there comes a rather silly idea. On a TV program Bo-ri happens to watch along with her family during one evening, an old female diver says that she has lost most of her hearing due as frequently diving into water, and, to our little amusement, Bo-ri subsequently tries to become deaf via putting her head into water for a few minutes. After this amusing attempt turns out to be not so successful, she decides to do something a little more drastic, and that naturally leads to an ‘accident’ which surely scares her family a lot.

Anyway, Bo-ri is taken to a local hospital shortly after this incident, and that is when she seizes an opportunity without any hesitation. When she wakes up and then gets examined by a doctor, she pretends that she has lost her hearing completely, and her parents are understandably upset about their dear daughter’s sudden loss of hearing.

As her family becomes more accustomed to her newly acquired disability during next several days, Bo-ri is pleased because she feels like getting closer to her family. She and her family interact with each other more than before, and there is a little touching moment when her father tells her about how he met his wife and then fell in love with her right from the beginning.

In the meantime, Bo-ri finds herself in a tricky circumstance as continuing her innocent masquerade. While often facing unpleasant moments of bias and prejudice from others around her, she comes to wonder whether it is really worthwhile to pretend to be deaf for the rest of her life, and then she becomes more conflicted when her parents shows willingness to pay a lot for a certain special surgery for her and her younger brother. 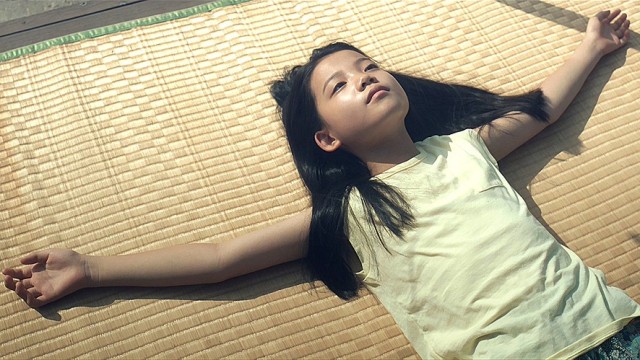 As its heroine’s inner conflict grows along the story, some dramatic tension is naturally accumulated on the screen, but the movie steadily maintains its gentle tone on the whole, and director/writer Kim Jinyu, whose screenplay is based a lot on his childhood experiences with his deaf family, continues to dole out small but sincere moments to be appreciated while also showing considerable thoughtfulness for his audiences. Like Oscar-nominated German film “Beyond Silence” (1996), the movie has the subtitle for deaf audiences, and this significant gesture of inclusion is quite considerate to say the least.

Kim also draws the good natural acting from the main cast members of the film. As the center of the movie, young performer Kim Ah-song gives a likable lead performance which ably anchors the whole movie, and she is also supported well by the other main cast members. While Kwak Jin-seok and Heo Ji-na are effective as Bo-ri’s loving parents, Lee Rin-ha is delightful as Bo-ri’s plucky younger brother, and Hwang Yoo-rim is also fine in her small but substantial supporting role.

Overall, “Bori”, which is incidentally Kim’s first feature film, is another notable South Korean independent movie of this year after “Lucky Chan-sil” (2019), and it is a shame that the movie happens to be released in local theaters during the ongoing COVID-19 pandemic in South Korea. In my inconsequential opinion, it is too good to be released and then forgotten quickly, so I recommend you to check it out someday. 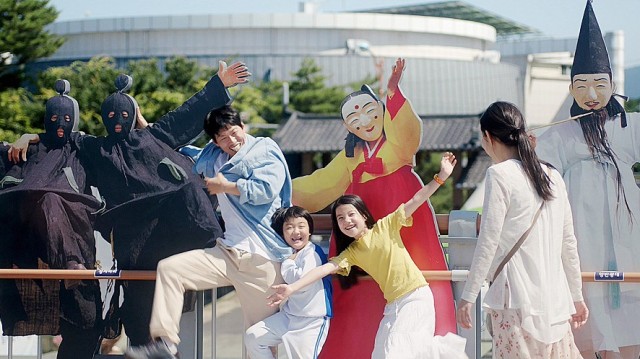