Roger Ailes was a pretty deplorable guy in my humble opinion. As running Fox News for more than 20 years, he actively and aggressively spread fear and hate over the American society along with his loony right-wing figures such as Bill O’Reilly and Sean Hannity, and this toxic political culture generated from them has still continued even after his humiliating downfall which was soon followed by his death in 2017. Although it may be a bit too early to examine how much Ailes and his monstrous creation have damaged and contaminated the American society, documentary film “Divide and Conquer: The Story of Roger Ailes” gives us an engaging presentation of his life and career, and it is alternatively disconcerting and compelling to watch how he irreversibly changed the landscapes of the American media during last several decades.

After the prologue juxtaposing Ailes’ downfall in 2016 with that unbelievable political rise of Donald J. Turmp in the same year, the documentary shows and tells us about Ailes’ early years in Warren, Ohio. He was the son of a stern conservative father who worked in a local factory, and, as some of his childhood friends tell us, he was a smart, ambitious boy ready to go forward for bigger things in the future despite his hemophilia, which was the main reason he could not join the Army during the Vietnam War.

In 1968, Ailes worked as the producer of “The Mike Douglas Show” in Philadelphia, which was one of a few daytime talk shows in US during that period. Not long after Richard Nixon, who was running for the US President in that year, appeared in the show, Ailes approached to Nixon, and he succeeded in convincing Nixon to hire him as a ‘media advisor’ who could help Nixon a bit on looking good on TV, which was not one of Nixon’s strong points as previously shown from his disastrous TV appearance with John F. Kennedy in 1960. Thanks to Ailes, Nixon could present himself on TV a lot better than before, and that certainly contributed a lot to his eventual victory in the 1968 US Presidential Election.

After this considerable success of his, Ailes found himself sought by many other Republican politicians ranging from Ronald Reagan to Mitch McConnell, who initially did not have much chance when he tried to be a US senator from Kentucky in 1984 but got a major boost thanks to a simple but effective political advertisement supervised by Ailes. Around the time of the George H.W. Bush administration, he further solidified his reputation as a kingmaker, and he also established his own national cable TV network named America’s Talking in 1992, which was intended as something he had envisioned for a long time since the Richard Nixon administration: a political media platform for the Republican Party and its conservative followers.

When he later got competed by CNN and MSNBC, Ailes became determined to beat his competitors, and that was how he came to work with Rupert Murdoch, who helped him found, yes, Fox News in 1996. Under Ailes’ cutthroat leadership, Fox News aggressively went for attracting more viewers around the country, and it surely had a big field day when the Bill Clinton administration, which was hated a lot by Ailes and many other right-wing guys in US, happened to be shaken by a sex scandal involved with Monica Lewinsky. In the end, Fox News became the No.1 News channel above CNN and MSNBC around 1999, and its continuing dose of sensationalism and propaganda was further increased after the 9/11 incident in 2001.

Meanwhile, Ailes showed his nastiness also in a smaller scale. He bought a tiny newspaper company in a small village of New York state where his big house was located, and a number of interviewees including a local Democratic politician tell us how Ailes attempted to manipulate the political environment of their small community. Once he bought that newspaper company, he tried to undermine that politician’s reputation by any means necessary, and some employees of his were not so pleased about that.

Around the time when Barack Obama got elected as the new US president in 2008, Fox News went higher for more sensationalism and propaganda while also filled with numerous figures which will indubitably make you cringe if you are as liberal as I am. Besides O’Reilly and Hannity, there was Glenn Beck, and, now looking quite repentant about what he did during that time, he looks willing to talk about anything in front of the camera, but, considering all the damages he caused via his virulent TV show, I personally think director Alexis Bloom should have been harsher on him instead of drawing easy comments from him.

Anyway, Beck tells us a bit on Ailes’ darker sides along with several other former Fox Channel employees. While he could instinctively see how to exploit fear and paranoia in others, Ailes was also ironically driven by his own fear and paranoia, and we later hear about how his office was heavily guarded by several security measures in addition to a handgun in his desk drawer.

Above all, Ailes was a sexual predator as loathsome as Harvey Weinstein. Even before his years at Fox News, he often harassed women who happened to be around him, and this despicable behavioral pattern of his continued for many years until 2016, when he was eventually accused of sexual harassment by a number of former female Fox Channel employees including Gretchen Carlson and Megyn Kelly and then consequently got fired from his position in Fox News.

Although I still cannot help but think that it could benefit from a wider perspective for its subjects, “Divide and Conquer: The Story of Roger Ailes” did its job as much as intended, and you may come to be more concerned about what is going on in the American media at present. Ailes is gone now, but his virulent legacy is still alive, and, unfortunately, his story is not fully over yet. 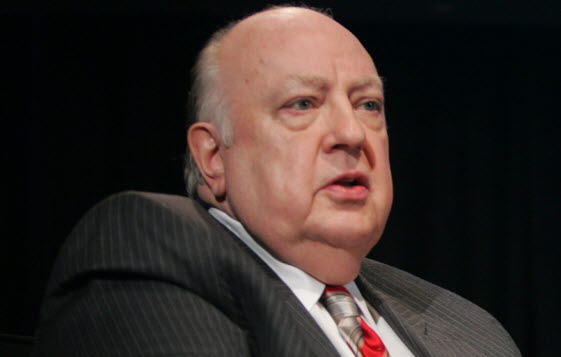