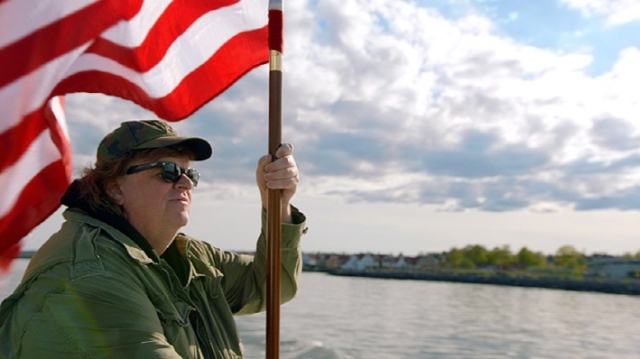 Michael Moore’s documentaries are not exactly ‘neutral’ or ‘unbiased’, but he has always presented his messages in not only entertaining but also enlightening ways. Sure, he is sometimes unfair to his targets to be criticized or ridiculed while also being too blatant at times in front of his camera, but his documentaries have always been both funny and thought-provoking, and they make us reflect on their social issues conveyed via his smart, cheerful mix of sharp humor and down-to-earth sincerity.

His new documentary film “Where to Invade Next” makes his intentions downright clear to his audiences during its fictional prologue part which feels likes a humorous nudge to his detractors and nitpickers. He tells us that he was invited to the Pentagon and suggested his wacky idea to the members of the Joint Chiefs of Staff (fact check, anyone?). Instead of their troops, he is going to ‘invade’ a number of European countries and a Northern African country one by one for getting what their country needs now, and this certainly means that we are going to watch how these countries have been doing better than US in many social aspects.

Moore’s first target to invade is Italy, and he meets a plain middle-class couple living there. While receiving an additional wage besides their monthly salary, this couple also have several weeks of paid vacation in every year, and they can even save their remained paid vacation days for the next or other year. We learn that 5-month maternity leave is taken for granted in Italy, and this can be applied even to male employee if he is going to take care of his baby instead of his wife. Moore emphasizes the staggering difference in worker benefits between Italy and his country; as dryly mentioned by him, even 2-week vacation is rather rare in US – and paid vacation is out of the question.

Moore also looks around a couple of local factories, and he is impressed by their working environment. Their employees are treated far better than average American factory worker, and they and their employers confirm to us that this has worked well for both sides. At one point, we see an employee going outside for having a lunch at his family home, and he does not have to hurry at all. In case of a factory cafeteria for some other employees, this place looks quite good, especially if you pay attention to the quality of meals served to them.

Speaking of meals, another impressive segment in the documentary is involved with the high-quality lunch course served to kids in one public elementary school in France. We see how kids have their lunch together, we look at their weekly lunch schedule which is commendable to say the least, and we hear about why good eating is important for kids besides nutritional benefits. Maybe these meals just look delicious on the surface, but they do look a lot better than those hideous meals in American school cafeterias (To think I thought the cafeterias in my university in Daejeon were crummy….).

In case of education, Moore looks around many things worthwhile to observe from France, Slovenia, Finland, and Germany. The frank and open-minded sex education in French school has led to decreased adolescent pregnancy, and Moore makes a sarcastic comment on many Americans still believing that abstinence works better than proper sex education. The college education in Slovenia is free for everyone including foreign students, and we meet a couple of American students benefiting a lot from this. While Finish students study less than many other countries’ students, they are actually better students in comparison, and a group of teachers and the minister of education tell us how the hell this is possible. In Germany, that atrocious history of the Holocaust is a mandatory study subject for young students, and this induces Moore’s reflection on how his country has often been reluctant to face and admit the darkest chapters of its history. 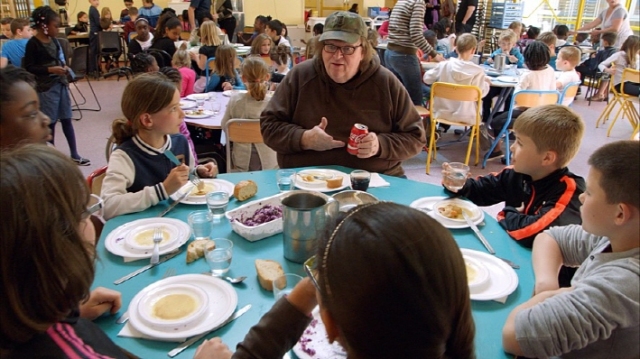 We also come to learn that Portugal has reduced drug-related crimes considerably through the decriminalization of drugs, and that makes a revealing contrast to the War on Drugs in US, which has been as futile as the War on Terror while only causing more damages to cripple the American society for many years. During the part in which Moore visits two Norwegian prisons, he has a few things to surprise me although I previously heard about the more humane treatment of criminal prisoners in Norway. While they are certainly not allowed to leave their prison until their release, prisoners can have more freedom in their closed environment if they behave well enough as model prisoners, and every prisoner has each own private space which does not look like your typical American prison cell at all. Around the end of this segment, that horrible guy responsible for the 2011 Utøya attacks is mentioned, and we learn that he will be released around 20 years later because that is the maximum level of imprisonment period according to the Norwegian law (like many other European countries, they do not have death penalty in Norway, by the way).

In Tunisia, there is an interesting feministic story about how women’s rights came to be guaranteed in the new constitution shortly after its democratization in 2011, and then we see how far Iceland has socially advanced with feminism as the first democratic country to elect a female president in the world. After the catastrophic financial crisis in 2008, the Icelandic government promoted more female inclusion in financial business, and we are told that the resulting gender balance in business environment was crucial in Iceland’s exceptional economic recovery later. I cannot help but think of the last sentence of Goethe’s “Faust”: “Eternal Womanhood draws us on high.”

Needless to say, all these things mentioned above and other things presented in the documentary may look too ideal to some of you. I enjoyed the documentary a lot while noting down some active thoughts in my mind, but I also felt skeptical during my viewing because I have constantly heard the current news about how many of European countries are struggling with various social matters including a recent immigrant problem. They may be wonderful in some aspects as shown in the documentary, but they are also problematic in other aspects because, well, there is no such thing like a perfect society. In fact, Moore frankly admits to his audiences that his documentary is set to focus more on better sides than worse sides from the start.

Nevertheless, this ‘biased’ aspect does not affect at all the main point he makes to his audiences in “Where to Invade Next”. As he sharply points out at the end of the documentary, these countries have been pushing social ideas which have actually existed inside the history of the American society, and, considering all the sound and fury shaking up the upcoming US presidential election in this year, I guess American people should really think more seriously about what made their country a great social role model to other countries – and what they must do for preserving and enhancing that. 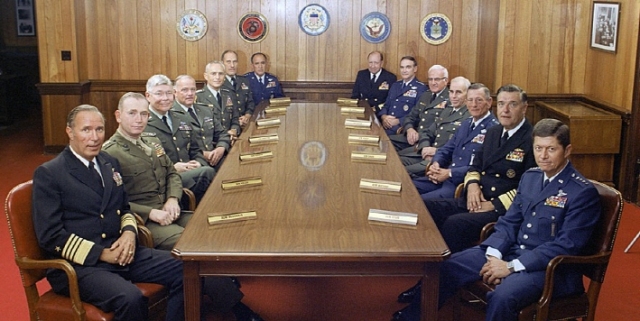 This entry was posted in Movies and tagged Documentary. Bookmark the permalink.