They are an ordinary middle-aged couple living in the comfort from each other’s love. They do not need to tell that to each other. You can see that right from when they are together in their house. You know that they have lived like that, and that they will continue their lifestyle a year by a year. In the end, a small part of their happy life is passed, and they start to be ready for another year in the field where they grow vegetables.

My description of these two people in Mike Leigh’s “Another Year” may bore you, but they are not boring people at all. Leigh has provided very interesting characters in his wonderful movies, and they are hard to forget. They are ordinary people, but they are also real people from whom we can feel a lot of empathy. The interactions between them are shown objectively, but, below the mundane surface, there is humor and compassion from Leigh himself. Through his view, we see that they are not so different from us. And we begin to think about ourselves and our life through them.

Tom(Jim Broadbent) and Gerri(Ruth Sheen) are like the manifestations of Leigh’s gentle approach. They are people sensible enough to know how to listen to others, and how to handle difficult situations of others, while never lecturing their opinions and thoughts on them. Yes, their names sound funny, but they have been accustomed to that for a long time and it is now merely a small fact in their daily life.

At first, we see them at work, respectively. Tom works as a geologist, and Gerri is a counselor in the hospital. They have a son named Joe(Oliver Maltman), who is around 30 and lives apart from his parents. Like Tom and Gerri(okay, I now admit to myself that their name is funny), Joe is also dedicated to his job as a legal advisor, and he is also as a caring person as his parents.

Such warmth like that usually attracts the unhappy people who want to be happy like them, and some of Tom and Gerri’s friends are sad examples. Mary(Lesley Manville), who works as a secretary in Gerri’s hospital, is a lonely and needy woman with drinking problem. The dinner with Tom and Gerri is probably the brightest part in her daily life, but the desperation deep down inside her cannot be easily hidden from her friends no matter how much she tries. She knows that, and so do Tom and Gerri. They worry about her, but they do not cross their line while trying to help her in tactful ways.

Mary tries to find the way to change her life and to become happy, but she always becomes disappointed with herself. Nothing is changed in her life when the year is nearly over, and she still drinks too much. Meanwhile, Tom and Gerri’s another friend Ken(Peter Wight), who is as unhappy as her with his imminent retirement, senses her loneliness not so different from his, and he tries to approach to her kindly. But she is not interested in him, and she wants the affection from Joe, who listens to her as attentively and tactfully as his parents. There is a painful scene in the car where Ken, in the backseat, has to watch Mary trying to engage Joe in the conversation while she is driving. Wright says not much, but he quietly exudes the hurt and frustration inside his character behind the other performers.

While observing the lives of Tom and Gerri and others over the course of four seasons in one year, Leigh lets the story develop organically in its frame by his characters and the small incidents in their life. He has a keen sight on the awkward situations that sometimes happen between people, and the good example is shown when Tom and Gerri, along with their son, attend the family member’s funeral along. There is a grudge due to some unspecified reason in the past between a helpless widower, Tom’s older brother, and his hostile son, and Tom and Gerri has to modulate the situation in front of others.

Leigh presents his characters as what exactly they are, and he never does anything more than that while maintaining his objective attitude. Like in our real life, there is no cheap, easy solution for their problems. Sometimes lonely, desperate people can help each other, but that does not happen as frequently as we think, as shown from Mary and Ken, or in the quiet but intense sequence when Mary visits Tom and Gerri’s home in an inappropriate time. A year is near over, and the life will go on in another year. There will be still problems for Ken and Mary, and Tom and Gerri will be remain as happy husband and wife, while still being their friends’ unofficial counselors.

As widely known, Leigh works closely with actors from the beginning of the production, and, as some of the talented British actors, they always give excellent performances in his movies while embodying someone we are likely to meet in our life. This movie is no exception. Jim Broadbent and Ruth Sheen comfortably slip into their characters as the main anchor of the movie; you can immediately believe that they have been together for a long time.

They are surrounded by equally natural performances from other actors, and, as their miserable friend Mary, Lesley Manville gives the standout performance. Her character is relatively showy could have been a caricature, but, with her carefully measured acting, Manville never allows Mary to be less than a human being who really needs help. Mary believes she can get the happiness from where she can’t, and she is devastated as a result. She cannot do anything except accepting her situation, and that makes the ending more sorrowful.

Right before watching this film at my place, I unfortunately subjected myself to “Battle: Los Angeles” at the local theater. With all those loud crashes and bangs constantly harassing the nerves of the audiences, I was quickly bored within 20 minutes, and I had no interest about what would happen to its cardboard people as inconsequential as CGI aliens. In contrast, in case of “Another Year”, I was soon absorbed in the characters’ quiet mundane life soon after the movie started, for they came to me as real people with deeply touching or sad moments. It was quite refreshing to me, you know. 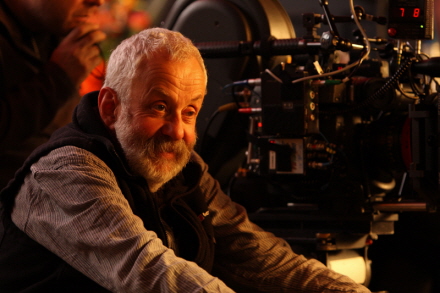 This entry was posted in Movies and tagged Alcoholism, Couple, Drama, Middle age. Bookmark the permalink.