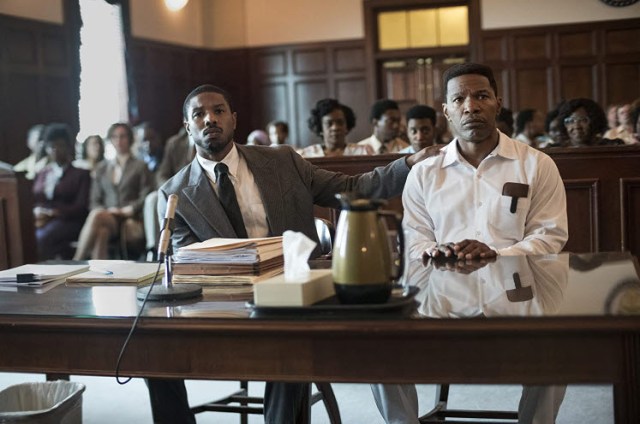 “Just Mercy” is a conventional but timely drama film based on one infuriating real-life case of legal injustice. Although it occasionally feels too mild and colorless in terms of story and characters, it is still engaging mainly thanks to several good moments, and its calm but passionate arguments on race and the American legal system certainly come closer to us, considering the ongoing political movement shaking the American society at present.

The prologue scene of the movie shows us how the world was suddenly turned upside down for Walter “Johnny D” McMillian (Jamie Foxx) in 1987. Not long after he went through another usual working day around Monroeville, Alabama, this average African American guy was arrested by the local police just because he happened to be targeted as the main suspect of the murder of an 18-year old girl. Though there was no concrete evidence to prove his involvement in the murder, he was swiftly thrust into a trial, where he received a death sentence.

The story of the movie is mainly told via the viewpoint of Bryan Stevenson (Michael B. Jordan), an African American lad who, after one prison experience he will never forget, chose to pursue justice and civil rights before eventually graduating from the Harvard Law School. When he moves to Alabama for starting a non-profit organization for providing poor people proper legal representation, his mother is understandably quite concerned, but she does not stop her son because she understands her son’s idealistic hope and ambition, and we get a little sentimental moment as she and her son have a little heart-to-heart conversation in private.

As soon as he arrives in Alabama, Stevenson comes to see more of how he and his non-profit organization are not welcomed much there. Because there is not anyone willing to provide a workplace for them, Stevenson and his colleague Eva Ansley (Brie Larson) have no choice but to work at Ansley’s residence for a while. When he arrives at a local prison to meet several death row inmates, he is forced to go through a humiliating search process, and that certainly reminds him (and us) of how hard and difficult it is for an African American person in the South. 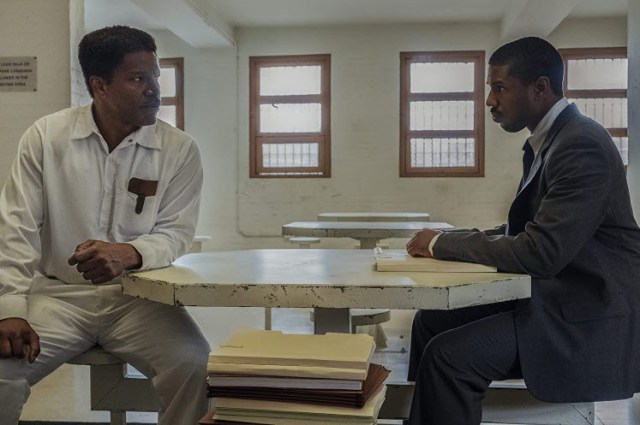 One of the death row inmates Stevenson meets is none other than McMillian, but he is not particularly interested in whatever Stevenson offers to him. He and his dear family tried really hard during last 4 years, but there was not any progress for him, and Stevenson merely looks to him like another lawyer to disappoint him in the end.

Nevertheless, Stevenson slowly comes to gain McMillian’s trust. He visits McMillian’s family members and neighbors still hoping for McMillian’s release, and he becomes more determined to pursue justice after looking into how McMillian became the main suspect of that murder case and then was promptly prosecuted. The prosecution only depended on two rather unreliable testimonies without any other evidence, but that seemed more than enough for the judge and the jury members at the trial, and the local legal system has kept refusing the re-examination of McMillian’s case just because it does not want to admit its serious failure in public.

In addition, many people in Monroeville are not so amused to see Stevenson’s attempt to free McMillian, and, not so surprisingly, there soon come a series of moments of exasperation and frustration for Stevenson. The district attorney and the sheriff of Monroeville are ready to block Stevenson by any means necessary, and there is a chilling scene where Stevenson is suddenly approached by two local police officers on a road during one late evening. Although Monroeville has been touted as the hometown of Harper Lee and the main background of her classic novel “To Kill a Mockingbird”, racism is still alive and well there just like many other places in the South, and Stevenson knows too well that he must be careful with the police just like any other African American persons in US. 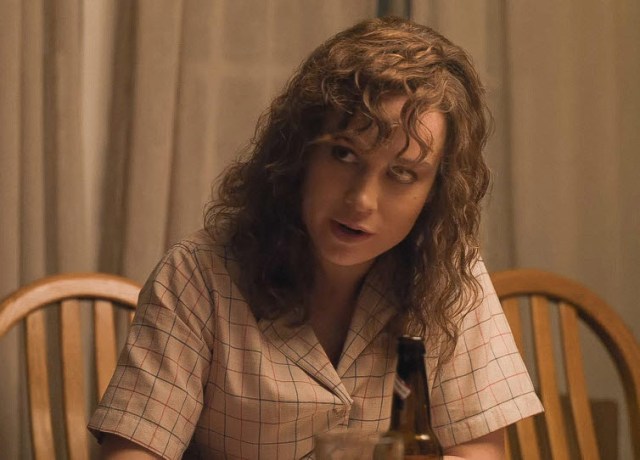 The movie comes to lose its narrative momentum during its third act, but director/co-writer Destin Daniel Cretton, who adapted Stevenson’s 2014 book “Just Mercy: A Story of Justice and Redemption” along with Andrew Lanham, did a competent job on the whole. Michael B. Jordan, who also participated in the production of the film, holds the movie well as demanded although the movie does not explore his character that much except his clean-cut idealism and persistence. On the opposite, Jamie Foxx, who has been less prominent since he won an Oscar for “Ray” (2004), demonstrates here that he has not lost any of his talent at all, and he and Jordan overcome a number of clichéd moments in the movie to some degree.

In case of the other main cast members in the film, some of them shine while others are stuck in thankless roles. While Brie Larson, who previously collaborated with Cretton in “Short Term 12” (2013) and “The Glass Castle” (2017), and Rape Spall are unfortunately wasted due to their functional characters, Tim Black Nelson is effective as a conflicted key witness, and the special mention goes to Rob Morgan, who is devastating as one of McMillian’s death row inmates and gives us the sobering dramatic highpoint of the movie.

While not entirely without weak aspects, “Just Mercy” is a fairly good movie which earnestly presents its social messages via its predictable but watchable drama. Sure, it could delve deeper into its human subjects instead of safely staying in its genre conventions, and it surely feels more relevant at this point, so I recommend it despite some reservation. 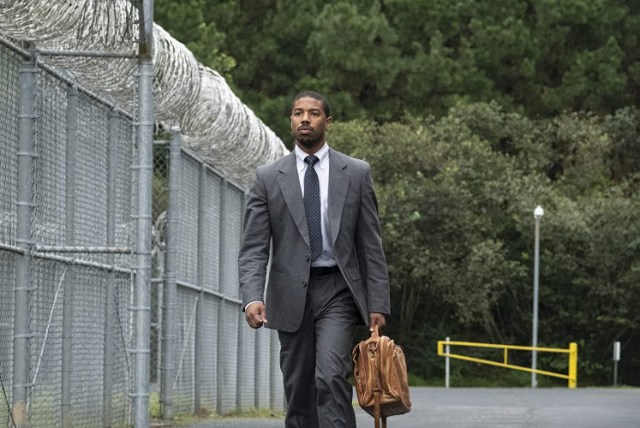 This entry was posted in Movies and tagged Lawyer, Real-life figure, Real-life story. Bookmark the permalink.