South Korean film “Innocent Witness” does not turn out to be worse than I feared. As a guy in the autistic spectrum, I was certainly concerned a lot about its depiction of autism before watching it, and I was relieved to see it handling its subject with sincerity and respect, though I was also often disappointed with its rather flat characterization as well as a number of plot contrivances.

Jung Woo-sung plays Yang Soon-ho, a lawyer who has worked for some prominent law firm. While there was a time when he was an idealistic man who fought for social justice, he is now a jaded realist who has conformed to the system, and we see him giving an exemplary legal counsel to an obnoxious rich client facing a big civil lawsuit at one point.

Not long after that, a senior partner of the law firm asks Soon-ho to handle a pro bono case instead of him. An old man who had lived alone with his housekeeper died under a rather suspicious circumstance, and his housekeeper was arrested for that although she claimed that she simply tried to stop the suicide attempt of her employer, who, according to her, had been quite depressed since his wife’s death. Because there is not any clear evidence against her besides the testimony of the sole witness of the case, all Soon-ho will have to do for his client is bringing reasonable doubt to the testimony at the trial, so he soon approaches to the witness for getting any chance for that.

The witness is an autistic adolescent girl named Ji-woo (Kim Hyang-gi), and the movie shows us how it is often difficult for her to go through every day of her daily life. While she is mostly comfortable at her home thanks to her caring parents, she is often ridiculed by many of her schoolmates outside, and we are not so surprised when it turns out later that her only school friend is not as nice as she seems at first. 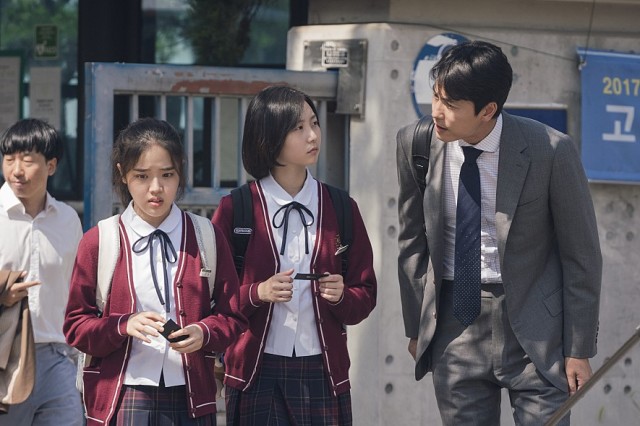 After seeing how tactfully and thoughtfully the prosecutor assigned to the case handles Ji-woo for getting the testimony from her, Soon-ho does some study on autism. For instance, he checks out several books on autism (I was a bit amused to notice that famous guidebook written by Tony Attwood, by the way), and he also watches a YouTube video clip demonstrating how sensitive autistic people are to lights and sounds, which incidentally took me back to when I foolishly went to a Nine Inch Nails concert in 2007 and then had a traumatic experience there due to an overwhelming amount of lights and noises.

Although his first encounter with Ji-woo is pretty awkward to say the least, Soon-ho eventually befriends her bit by bit. As they interact more and more with each other through a series of math quizzes she is eager solve, Ji-woo comes to like Soon-ho, and so does Soon-ho, though he is well aware of that he is bound to cross-examine her if he convinces the judge presiding over the case to have her testify at the court.

It is not much of a spoiler to tell you that Ji-woo is subsequently brought to the court for her testimony and then Soon-ho finds himself going too far in his attempt to make her testimony look less credible. Director Lee Han, who adapted the story by Moon Ji-won with Hong Yong-ho, thankfully handles this part with considerable care and restraint, and the result is one of better moments in the film.

However, the story becomes less interesting after taking a predictable narrative turn after that point, and it is also hampered by several artificial elements. In case of Soon-ho’s old female colleague, she merely functions as the voice of conscience for him, and the same thing can be said about Soon-ho’s ailing father, who later writes a sentimental letter to Soon-ho for reminding him that, well, he is still a good man who can do the right thing. In addition, a brief scene showing the corrupted side of Soon-ho’s law firm is not necessary in my trivial opinion, because that aspect is pretty apparent to us right from the beginning.

Anyway, two main performers did their best for compensating for the weak points of their movie. Although his character is basically a colorless surrogate for the audiences, Jung Woo-sung diligently carries the film, and Kim Hynag-gi, who previously drew my attention via her wonderful performance in “Young-ju” (2017), is effective in her showier role. I must point out that her acting looks a bit strained at first due to her overt efforts on speech and behavior patterns, but she did a good job of imbuing her stereotype character with spirit and personality, and she confirms to us again here that she is indeed a new talent to watch. While they are mostly stuck in their thankless supporting roles, Lee Kyu-hyung, Yum Hye-ran, Jang Young-nam, and Park Geun-hyung are solid at least, and Jang, who plays Ji-woo’s concerned mother, has a small poignant scene when her character has a little private conversation with Ji-woo.

In conclusion, “Innocent Witness” works to some degree mainly thanks to its two good lead performers, but it does not wholly overcome its generic storytelling riddled with numerous clichés. Sure, it is made with good intentions, but it did not engage me enough during my viewing, and, to be frank with you, I would rather recommend you to watch HBO movie “Temple Grandin” (2010) instead, which is a far better film about autism with more understanding and empathy. 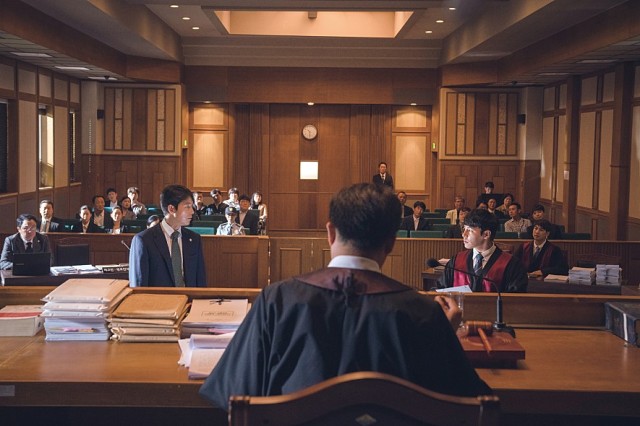