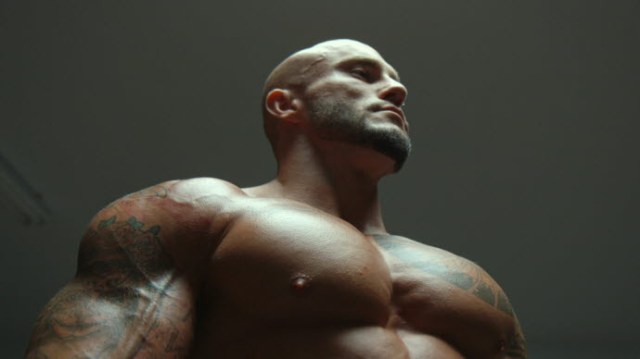 Going to the Jeonju International Film Festival has been a sort of ritual for me. After I watched Ramin Bahrani’s “Goodbye Solo” (2008) there, I have made a regular visit to the festival during last 8 years, and I was seldom disappointed although I could only watch one or two films there. In 2010, I was fortunate enough to get a chance to watch the newly restored version of “Metropolis” (1927), and I later wrote an enthusiastic essay which was subsequently posted on the website of my late friend/mentor Roger Ebert. In 2014, I watched “At Berkeley” (2013) and “The Unknown Known” (2013), and they were two of the best documentary films I saw during that year. In case of last year, I watched “The Student” (2016) and “Menashe” (2017), and I still remember many memorable moments in these two different but equally interesting films.

In this year, I chose to watch Canadian documentary film “A Skin So Soft”, which drew my attention after I read an article about it and several other documentary films shown at the 2017 Toronto International Film Festival. I immediately checked its trailer, and it looked intriguing to me while also reminding me of other similar documentary films such as “Pumping Iron” (1977) and “Generation Iron” (2013).

As some of you have already guessed from these two documentary films, “A Skin So Soft”, whose original French title is “Ta peau si lisse” (It means “Your Skin So Smooth”, which is a more appropriate title than the English one in my trivial opinion), is about bodybuilding, and it focuses on six different bodybuilders who are diverse in terms of physique and many other things but share common traits among themselves. Most of them are driven to push themselves toward each own physical limit, and how much they are devoted to their muscular bodies often reminds us of that fascinating contradiction in their field, where masculinity is not so far from femininity at times.

The documentary opens with a series of scenes which introduce us to its six bodybuilders one by one. Jean-François Bouchard, a guy who instantly draws our attention with his bulky, tanned appearance as well as his bushy beard, begins his day with smoothing his skin, and his scene becomes all the more amusing as he tries to decide which clothes and shoes he is going to wear for this day. While he is the youngest and leanest one of the bunch, Alexis Légaré has diligently trained hard for making his body bigger and stronger, and the same thing can be said about Ronald Yang, a Chinese Canadian guy who has been preparing for the upcoming national competition.

In case of Cédric Doyon, who has many tattoos on his brawny body, he has one of the most memorable moments in the documentary. Not long after he wakes up in the morning, he begins to eat his first meal of the day while watching some YouTube clip via his laptop computer. As he relentlessly chewing and munching his meal, his rather hardened face gradually shows an emotional response, but neither he nor the documentary tells us the reason, so we cannot help but wonder. Is it because of what he sees from that YouTube clip? Or is there some other reason?

Maxim Lemire, the bulkiest one in the bunch, is relatively less concerned about how his humongous body looks, but he is equally competitive in his own field. As a strongman, he mainly focuses on increasing body strength, and we get a couple of scenes where he demonstrates his enormous strength in public. We see him pulling away a six-wheel truck alone by himself, and we later see him participating in a wresting show. Before walking up to the ring, he is visibly nervous and anxious, but then he soon shifts himself to an aggressive mode as required, and the crowd cheers for that.

Compared to other guys, Benoit Lapierre is less competitive because he retired from his bodybuilding career some years ago. Now he works as a New Age therapist, but he also works as a gym trainer, and we see him teaching a young bodybuilder at a gym. Around the time when a competition is held, he comes to several competing bodybuilders for helping them getting better physical condition and demonstration, and that is another amusing moment in the documentary.

While not making any particular comment on them, director Denis Côté is clearly fascinated with the lifestyle of his human subjects, and his fascination is gradually conveyed to us via a number of introspective personal moments where his cinematographer François Messier-Rheault’s camera calmly looks at their faces. They usually do not tell much about themselves, but they come to us interesting guys to observe nonetheless, and Côté did a competent job of presenting them with honesty and respect.

Around the end of the documentary, all of them gather for spending a brief time together at some rural retreat. It is apparent that this is mainly for providing the obligatory ending to the free-flowing narrative of the documentary, but it is a bit touching nonetheless to see these guys becoming a little more relaxed and cheerful than before, though they will surely go back to their demanding lifestyle once this short rest is over.

Because of its dry, austere approach, “A Skin So Soft” will probably require some patience from you, but it is an engaging documentary film which works as a close, intimate glimpse on bodybuilding and masculinity via its lean, efficient storytelling. After it was over, I walked out of the screening room with considerable satisfaction, and that surely reminded me again that the Jeonju International Film Festival is indeed something worthwhile to be cherished. Yes, the festival still needs to be improved in several aspects, but it has given me many chances to watch something new and different during last 8 years, and I am grateful for that. 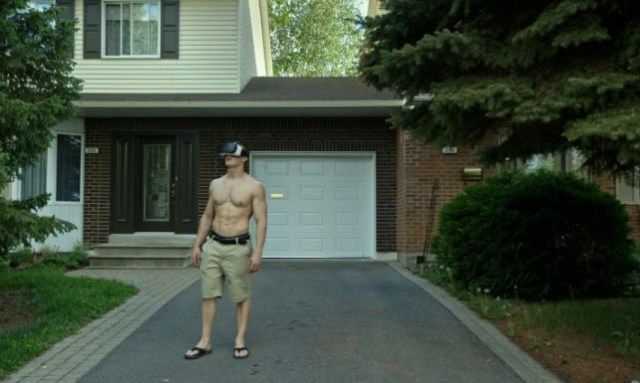 This entry was posted in Movies and tagged Bodybuilder, Bodybuilding, Documentary, Sports. Bookmark the permalink.