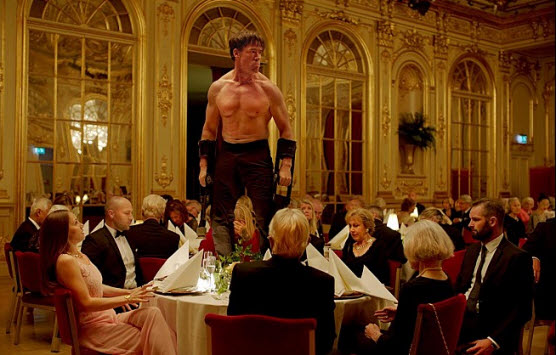 Swedish comedy film “The Square” challenged me, baffled me, and annoyed me. I sort of understood its points as occasionally amused by some of its satiric moments, and I actually admire its several challenging moments, but I also felt impatient as observing how superficial and self-indulgent it often is. It surely wants to laugh at its subjects, but there is not enough dramatic or comic impact due to its rather thin characterization, and it frequently hangs on its jokes too long and too much. You may laugh at times during its 150-minute running time, but it merely goes on and on until it eventually fizzles out, and there is not much satisfaction in that.

The main background of the movie is some prominent art museum in Stockholm, and the opening scene shows us several workers preparing the site for a new exhibition. After a silly moment involved with an old statue to be displaced for the exhibition, we see these workers carefully working on the ground step by step, and then we soon behold a big empty square area established on the ground. This square is actually the main part of the exhibition, and we are frequently told about what it means and represents: “The Square is a sanctuary of trust and caring. Within it, we all share equal rights and obligations.”

Well, that sounds pretty nice, but it looks like there is not much trust and caring in the world surrounding our hero Christian (Claes Bang), the curator of the museum. When we see him for the first time, he and his colleague simply pass by a poor beggar just like many other passersby, and then he gets his wallet and smartphone stolen while he and his colleague are distracted by some frantic woman. 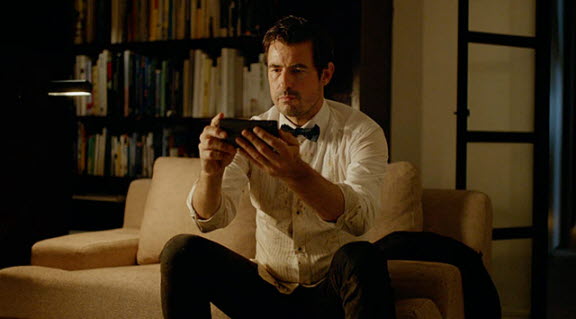 Through his assistant’s technical help, Christian is able to track down his smartphone. It seems to be in some apartment building, but he cannot get its exact location, so he decides to do something rather drastic for getting his smartphone back. With his assistant, he goes to that apartment building in question, and he delivers his message to every apartment in that building. It is initially amusing to watch this silly behavior of his, but this scene quickly becomes monotonous as he just moves from one floor to another, and what happens in the end is too mild to be a punch line in my trivial opinion.

Anyway, Christian eventually gets his smartphone back, but there soon comes another problem. Somebody becomes quite mad because of what he did in that building, and that character in question demands an apology from him. What happens between him and that character is a textbook case of failure to communicate, but this situation does not engage us much because we are reminded again and again of how unlikable both of them are. As your average self-absorbed prick, Christian does not see any reason why he should apologize, and he simply disregards that character, who keeps loudly threatening to give him chaos as much as possible.

Meanwhile, the movie also gives us a series of absurd moments unfolded in the museum. While Christian is distracted by his smartphone problem, the people working under him try to find a way to draw more publicity for the upcoming exhibition, and that later leads to something which quickly goes viral when it is posted on YouTube. During the meeting attended by a renowned artist played by Dominic West, somebody constantly makes noises due to his neuropsychiatric disorder, and everyone has no choice but to tolerate that person because they are all, well, civilized people. In case of a modern artwork merely consisting of piles of gravels, it reminds me of when I wondered whether those abstract modern artworks in the Art Institute of Chicago are profoundly simple or simply profound, and I will not deny that I could not help but be amused whenever it was shown on the screen. 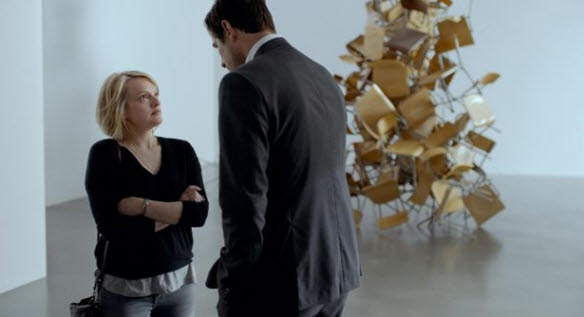 The most striking moment in the film comes from when a bunch of dinner guests experience a performance art which goes horribly wrong. When a guy suddenly appears and then behaves like a big ape in front of the guests, the guests are amused for a while, but then the guy continues his aggressive behavior even after Christian formally introduces him to everyone, and that certainly tests the patience of the guests, who finally decide that enough is enough when the guy really goes too far.

To some degrees, I appreciate how the movie is constantly challenging and baffling with these moments and other absurd moments, but it does not succeed in generating something coherent from them. As it keeps spinning its wheels, we become more distant to its story and characters while not caring much about them, and then it becomes more self-indulgent to our annoyance. In case of a part involved with the character played by Elisabeth Moss, this part feels redundant to say the least, and I must confess that I did not see any particular point from an ape living in her character’s apartment.

“The Square”, which received the Palme d’Or at the Cannes Film Festival early in last year and is recently nominated for Best Foreign Film Oscar, is written and directed by Ruben Östlund, who previously made “Force Majeure” (2014). That film was really funny, and I still remember well its many hilarious moments. “The Square” will not be easily forgotten in my mind either, but I do not think I will remember it fondly. 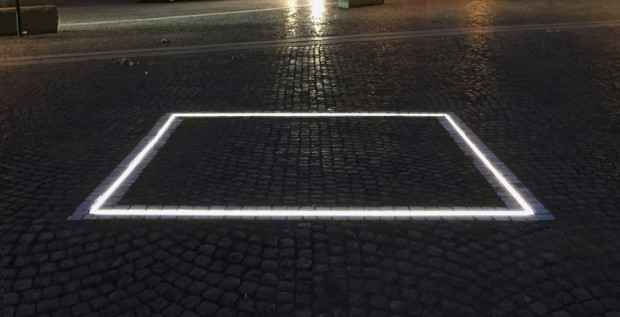 This entry was posted in Movies and tagged Art, Comedy, Musuem. Bookmark the permalink.