Can I Pull This Off?

As many of you know, I came out of my closet a few days ago. Not long after my essay was posted at my blog page, numerous online friends of mine and many others read it and then gave me lots of kind, encouraging words. Many of them said I was brave and courageous, and I was a bit baffled by these comments: Why did they say this? I did what I thought I had to do, and this did not require much from me. This is a right thing to do, and I felt no hesitation in doing that.

How naïve I was around that point. Boosted by those positive comments, I notified what I wrote to several family members including my own father because I thought they deserved to know the truth no matter how much my mother tried to cover up what had been repressed inside her son. This turned out to be rather reckless, and it irreversibly resulted in the ongoing situation where I really need bravery as well as prudence. For sorting out all the tumultuous feelings swirling around me and my close family members, I decide to write down the problems I am dealing with as well as the prices I will probably have to pay for being true and honest to myself in public.

First, I have to admit my potential errors in the judgment of the first conversation between me and my mother, who is probably struggling with her own anger and anguish at this point in some Buddhist temple. As far as I remember, she did say that we would never talk about my sexuality or that brief homosexual relationship during my adolescent years, but I do not remember whether she really said that she would not talk about this to my father. She later said that she told me she would tell him, but, seriously, I really cannot remember.

I do not think she lied, and I guess it is because of how my brain sometimes misinterprets what others tell me during conversations. My boss often points out how I usually misinterpret his intentions while mostly fixated on words but not the whole context, and I must confess that this personal flaw of mine, which is probably due to my Asperger’s Syndrome, caused several problems at my recent workplace. 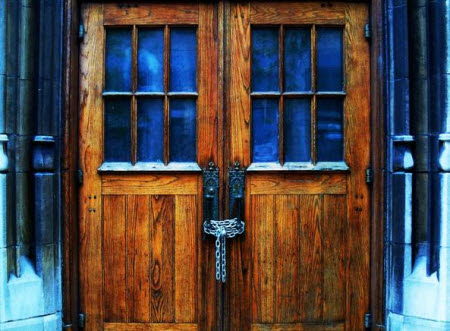 In case of that conversation in question between my mother and me, I felt hurt by the words she chose during the conversation. She described my sex partner as a corruptive bad influence, and she also regarded my homosexuality as something aberrant and transitional. All I wanted was a little sign of support for who I have been and will always be, and, to be frank with you, I would have kept my mouth shut even for the rest of my life and gone along with whatever she wanted from me, if she had given that with some understanding. But, as she did with my depression and Asperger’s syndrome, she belittled this matter, and that was painful and infuriating for me although I did not signify anything in front of her. In addition, she might have suggested that I may have a matchmaking meeting in the next month if I want, but, as far as I remember, her suggestion felt pretty much like a demand.

After ending the relationship with the girl I met through a recent matchmaking meeting, I wrote the essay, and then, after posting it on the blog, I notified this on the message board of a well-known South Korean movie website. After checking several positive comments posted there, I decided to show it to my father and other family members yesterday. Driven by my growing impulse initiated by my first successful attempt of coming out of the closet, I felt confident about this action of mine: I cannot be stopped, and my mother has to deal with that now.

But then my younger brother instantly called me to chide me for how thoughtless and reckless I was. My former grade school teacher showed some sympathy, but she worried about how much my mother would be hurt by this. My father said what others said did not matter, but he was clearly upset as reflected by his text message. One of my relatives was also upset too, and she sent rambling text messages on how my mother would be hurt by my wrong action.

During the night, my mother and I had a long, torturous argument in my room. She kept saying about how this would lead to a social humiliation for her and my father. I angrily responded that I did it because I was disappointed with her and I had a spite, or resentment, against her. She replied that I am a bad, ungrateful son who does not appreciate all those things she and her husband did for me, and she even sarcastically said that I might kill her out of more spite someday. Yes, I once hoped that my parents would never return from their recent summer vacation because of my growing frustration with them, and I did have some dark revenge fantasies when I was young, but, nevertheless, I always found that I loved and cared about my parents for what they provided to me and my brother for last 33 years. I still do, and her acrimonious words still hurt my mind even at present.

After I and my mother incessantly scratched and accused each other so much for about 2 hours, I escaped into my work till AM 4:00, and the next morning was a rather tense, silent period of repressed anger and blame. I could not sleep due to suicidal thoughts, and this led me to another good-willed but suffocating repression by my mother in the past. I confessed I considered killing myself several times, but she simply told me not to think ever about that, while not having any meaningful conversation. As I laid on the bed with tears and heartaches, my bedroom felt like a prison guarded by my parents, and getting up and then jumping from the veranda fence of our 14th floor apartment looked like, well, an easy way out. If it had not been for all those good words from you guys, I might really have succumbed to that dark impulse arresting me during that morning.

Depression, Asperger’s syndrome, suicidal tendency, and homosexuality are virtually social stigmata here in my society, and I have never had a serious conversation with my parents because they simply think I am an immature, spoiled son who needs to grow up more. During my long graduate years, I disappointed my adviser a lot with many failures, and my parents had to wait and wait for my graduation. While I graduated with a Ph.D degree, I am not that distinguished as a biological science researcher due to my terrible curriculum vitae devoid of any publication record, and that was another source of frustration to them, though I have recently settled in a rather good job position during this year thanks to the help from my parents’ generous acquaintance.

I am currently checking whether I can live apart from my parents if the upcoming conversation between me and my father does not go well. Considering the current status of my banking account, it seems I can do that, but I am also well aware that this can be a permanent separation in the worst case. I have no close friend and relative around me for now, and my current job may be terminated if a lab project I am handling does not go well. In the other words, I will not possibly have any financial protection after moving out from our family home.

During this afternoon, I had a conversation with the aforementioned relative. She said that things may turn out to be all right if I just apologize to my parents and then delete my posted essay, which, according to her, may jeopardize the possible marriage of my brother in the future. I could not believe what she said to me; my brother will be in troubles just because I willingly revealed my true self in public?

I could not tell her that I will delete my essay. This essay means so much to me in the ways she and my family will probably never understand to my deep sadness, and so do all the precious comments I am still grateful for. Many of you are strangers, and your kindness and understanding mean a lot to me, and I do not think I can betray what you gave to me, let alone my little pride and dignity. The essay did come from my real feelings, and I do not want to deny or lie about that. I must admit that I was quite unwise in some of my actions as others around me said, but what I did is neither crime nor sin, and I do not think I can possibly conform to their pressuring prejudice that my homosexual tendency is aberration or transitional immaturity.

So I make up my mind on what I am going to do when my father is finally ready to open my mouth during this night. I will accept some compromises but that will come with one condition I cannot give up. While making it clear to them that there was some serious misunderstanding in my position, I will apologize to my parents as sincerely and earnestly as I can for inadvertently hurting their feelings through my hurried actions, and I will promise that I will keep my mouth shut about myself while they will have some time to think and I will keep trying matchmaking, but I will say no if they ever demand me to delete the essay. That’s the final line. Period.

It is probably ridiculous to them that I caused this big trouble just because I wanted some encouraging words. I have wanted to shout out my repressed feelings for years, and I feel freer than before, but then now I have to take the inevitable responsibility for that. I think I am ready to see what will happen next, but, folks, I am still shaking with fear and doubt. Wish me a luck. I really need that now.

This entry was posted in Personal and tagged Family, Homosexuality. Bookmark the permalink.

3 Responses to Can I Pull This Off?