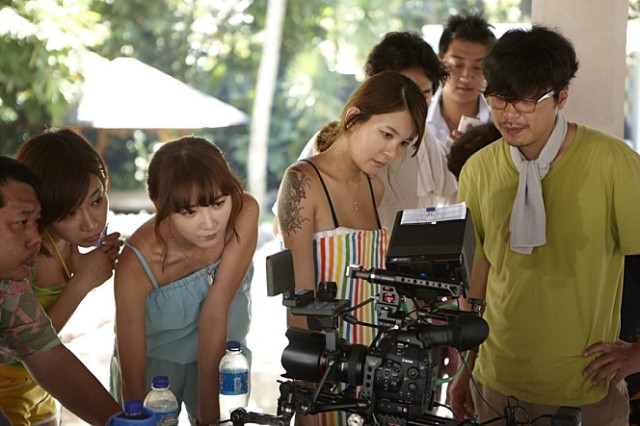 Have you ever heard of a South Korean director named Bong Man-dae? Well, to be frank with you, I had never heard of him until I came across one article on his small hilarious mokumentary film “Playboy Bong”, which is released at South Korean theaters in this weekend. As told in the movie, he directed several well-known ‘erotic movies’, and I learned through Internet that his softcore films do have their admirers because, at least according to one profile, they were more than the series of rumpy-pumpy scenes thanks to his stylish/competent direction. His works probably occupied the certain section of the neighbourhood VHS rental shops of my wild childhood years, and I might have passed by them without noticing them, while occupying myself with far more interesting things such as Alfred Hitchcock’s works.

Anyway, as far as I observed from “Playboy Bong”, the director/co-writer/lead actor Bong Man-dae, who has no relation to a certain renowned South Korean director, is a good director who knows how to handle his story about one loony but desperate filmmaking process. While there are many hilarious moments as the characters struggle together or against each other, there are also insightful moments involving with softcore filmmaking, and they are more interesting and informative than you expect because, as the fans of Russ Meyer’s films probably know, it takes a lot more than being naked in front of the camera for making good, tantalizing softcore movies. 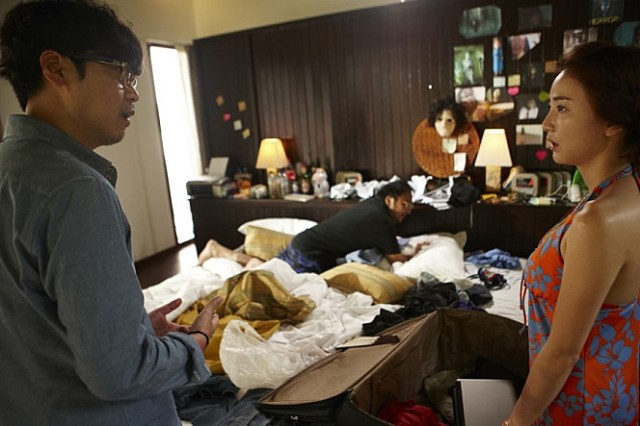 Fortunately for him, Bong Man-dae, who previously worked with him in Bong’s softcore movies, is available right now, so Bong instantly flies to the location in Indonesia, but the troubles have already been mounting in front of him when he arrives at the hotel. As Lim Pil-seong walked out, several principle crew members also quitted along with him, and they have already returned to South Korea. Besides the main actors and the assistant director(Lee Seon-ho), who was Bong’s former assistant, there are only a few crew members remained in the production, and Lim Pil-seong, still pretty pissed about the producer for many things including the changed screenplay a lot different from his original version, is not much of help to the production although he seemed to have a pretty good time with the lead actress Kwak Hyeon-hwa.

The actresses are uncomfortable about their new director because of his, uh, reputation. Because she actually worked with Bong in the past, Seong Eun worries that the movie may put her back to the past she has wanted to put behind her, and Kwak Hyeon-hwa is more nervous because the movie can ruin her current promising career. Lee Pa-ni does not have to worry about this changed circumstance because she is an adult magazine model, and a body double actress coming with Bong is willing to take off her windbreaker and reveal her lovely body to everyone whenever it is necessary or she wants.

While being in conflict with everyone on the set everyday, our director moves on like a trooper, and the movie looks like a wacky cross between “Day for Night”(1973) and “Boogie Nights”(1997) with a touch of mokumentary style. Bong may be a cheap director, but he is an experienced professional who knows how to shoot his scenes, and I came to have some admiration of his direction skill as watching him at work. As a master of erotic movies, he has already envisioned how to shoot and cut a scene when his crew start to shoot it, and he also takes care of several unexpected problems pretty well despite his increasing frustration with his actors and crew. 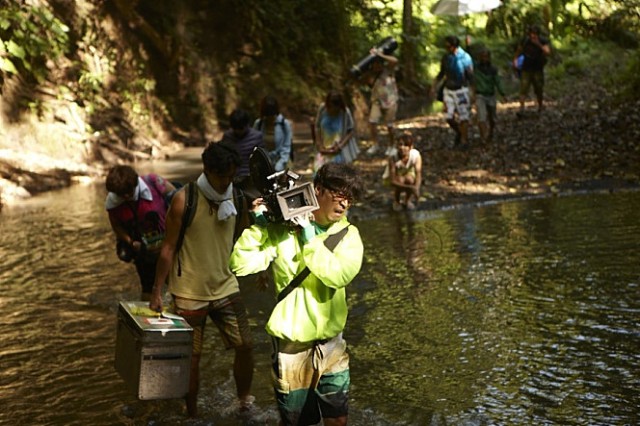 It is apparent that he is making a dirty movie as usual, and the actresses hang around him a lot in their swimming suits like the girls in “Spring Breakers”(2013), but he is not a sleazy man at all and he usually maintains his pragmatic professionalism on the set. When he instructs his actors to act more tantalizingly in front of his camera during one scene, he shows them how to do it in a way more tactful than you think. We also get an interesting moment showing how the crew shoot a sex scene without showing the anatomical details of the actors too much, and I was particularly amused by how the actors prevent their netherlands from getting too close to each other while looking like they are really having a sex in front of the camera.

The actresses gradually come to accept him as a replacement director, and they find themselves dedicated to the movie more than they thought. There is a deadpan scene where the director and his actress seriously talk and discuss about the physical positions for the scene they will shoot on the next day, and he is completely oblivious to her feeling even though they are almost naked on a double bed. Seong Eun has a poignant private scene later in the story when she confesses her conflicted feeling on being naked again in front of the camera, and the movie sincerely respects her emotion like the director.

The movie keeps serving us small and big laughs meanwhile, and the director Bong has lots of fun with the fictional portrayal of himself. He still looks like a second-rate director even in the end, but we come to recognize his ‘artistic’ pride as laughing about his struggle, and the composition and timing of several nice scenes in the movie actually show that Bong could have been a more respectable commercial director if he had not made softcore films. 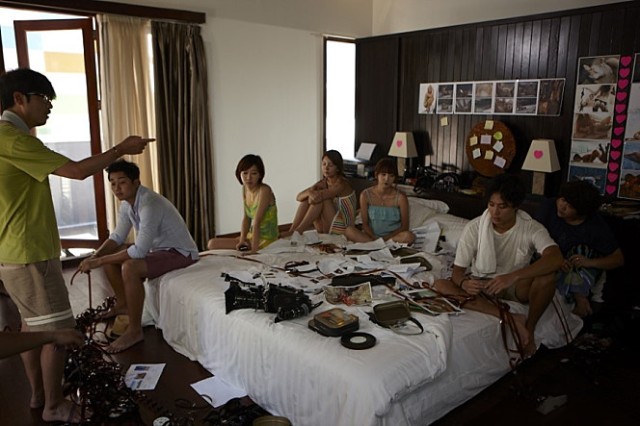 He also fills his story with the colorful supporting characters, who are probably based on the performers themselves or the people Bong knew. The main actresses are more than looking sexy in their good comic performances, and I liked how Bong’s producer finds himself stuck with an unlikely role in the production; considering his ordeal he richly deserves, it seems to be a universal fact that producer is one of the most hated species in the movie business. I also liked Kang Yong-goo’s quirky photographer who keeps shooting photographs around the actresses like a peeping artist a la Brian De Palma, and one local crew member also provides a small dose of humor as an outsider mutely standing by the craziness of the production.

So, will this movie be Bong’s career breakthrough? You might think so, but I cannot possibly comment on that question. Although I do not feel like watching his previous films despite my small curiosity on his career, I can assure you that “Playboy Bong” is a funny and honest self-portrayal of a shabby artist with some ego, and I had a good time with it. As you know, there are lots of movie directors desperately wishing to be remembered for making at least one good/successful movie, and I think Bong may get his wish through this film. 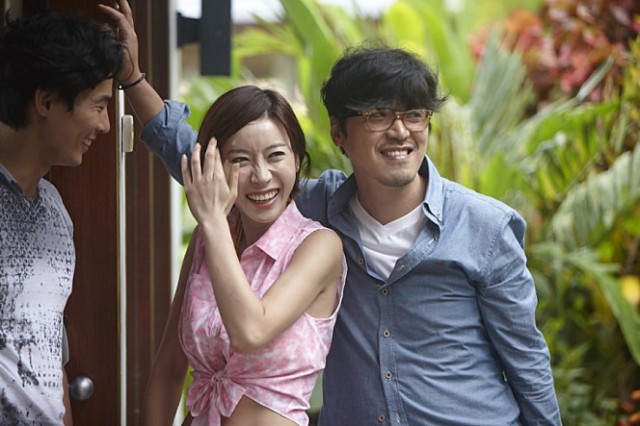